One of the most anticipated westerns of 2013, The Lone Ranger's script was rewritten for several times to be finally approved by Disney Pictures and Jerry Bruckheimer Films. Johnny Depp and Armie Hammer were confirmed for leading roles in the movie by director Gore Verbinski, and filming has began soon after Johnny Depp completed his role in Dark Shadows. The movie tells a story about a ranger, John Reid who tries his best as serious man serving the justice in the town. In one day he meets Tonto,a native American who practice some mysterious spiritual cult. They befriend and travel along time to time getting into serious troubles. Tonto's tranquility and self-control alongside with Reid's braveness helps them to defeat their enemies. Meanwhile, Tonto's spiritual techniques make lots of changes their ways of life. John Reid becomes stronger, but not physically, he develops "superhuman" traits making him a true legend standing behind a justice in this Wild Wild West. While the action unfolds in the fictional American Old West, Tonto and Rider have to survive not only human greed and aggression, but some mystical forces standing far beyond their understanding. 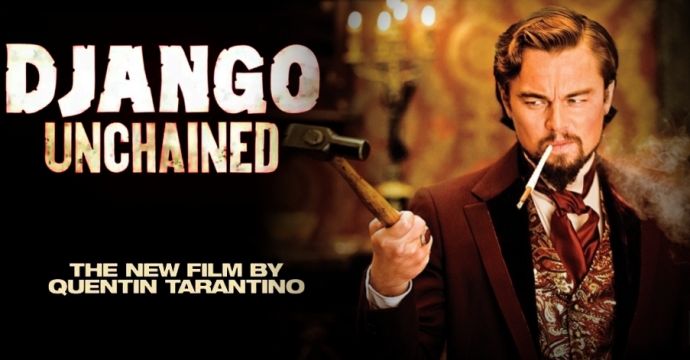 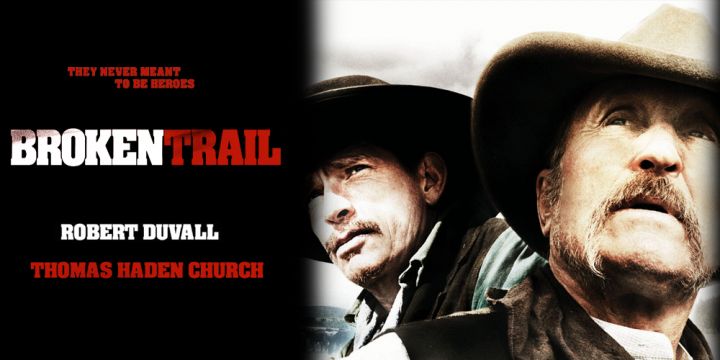 Recently filmed an almost contemporary western "No Country for Old Men", the Coen brothers, this time decided to move us in the days of classic Wild West. But the "True Grit" is not the classic westerns in the truest sense of the word. It's more of a drama, filmed in the surroundings of the Wild West. This kind of road movie, about three strong-willed characters: the old "badass" Rooster Cogburn, a brave Mattie Ross and a Texas Ranger, LaBeouf. Each of them has not only the fortitude and an iron grip, but a good heart. The plot develops at a leisurely journey through the cold emptiness prairie, discloses the nature of each of the characters. Accompanied by a travel encounters with different characters and, of course, dialogue is not deprived of their share of humor and sarcasm. Coens masterfully turned to recreate the atmosphere and spirit of the era. While you're watching the movie , you'll recall not only the classic westerns, but the adventure novels about cowboys and the Wild West. "Special words of praise worthy and acting game. Jeff Bridges is simply amazing with his talent and skill. He used all means of expression - facial expressions, gestures and mannerisms to create a very interesting and vivid image. Also liked Haley Staynfeld, perfectly played the role of persistent and strong young lady. "Thus, the Coen brothers came out not only careful and accurate recreation of the era, but also the emotional drama with excellent acting." 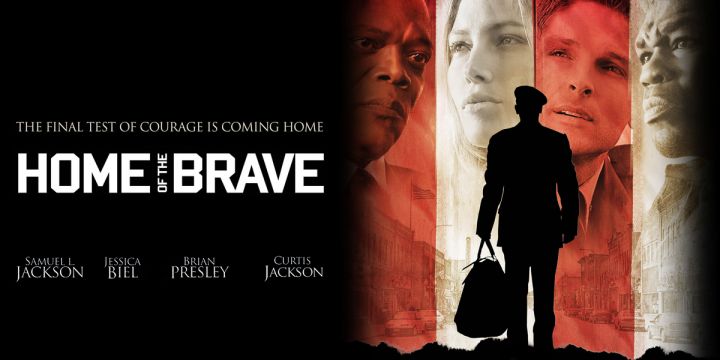 Home Of The Brave

The entire plot of Home Of The Brave revolves around four people who fought in one place. And these people are Samuel L. Jackson, Jessica Biel, 50 cent and Brian Presley. All of them played a very worthy and able to convey all those emotions, feelings and experiences that they enjoyed during the war and after. "It's turned out to be a good war drama, about the plight of American soldiers who fought in Iraq, who had seen and experienced so much that the consequences for almost all of them were very heavy and sad. Returning home, they cannot forget the horror and suffering, making some stupid things. "Some are beginning to ruin oneself by alcohol and fall down on his family and children eyes, others cannot forgive himself for the loss of the friends and literally execute themselves on a daily basis, others more clearly satisfied with the show due to the fact that, after returning from the war, know that they were left by the girlfriend. 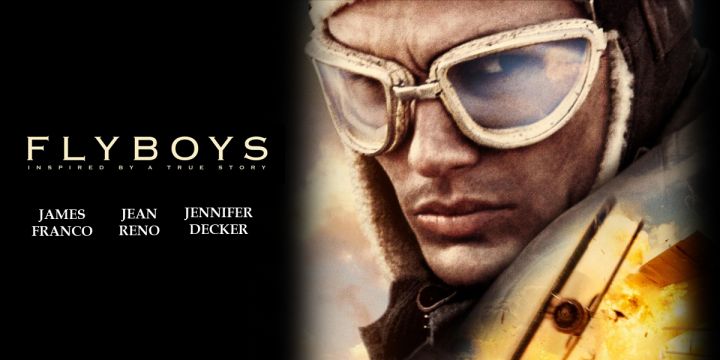 An airplane had just been invented, but yet it has turned into a fighting machine. Young pilots, who were the first fighters, have quickly become the new heroes: with these words Flyboys starts. This is the movie about airplanes, war, friendship, heaven and love. A film about WWI. Quite rare case when whithin the U.S. the film about First World War is being released among the tons of movies about Persian Gulf, Vietnam, and the second World War. And finally we watch this brilliant movie about the epic battles that unfolded in the mid-twenties of the twentieth century in France. Young pilots from the U.S. are thirst for adventure and want to beat Germans on the European front, but the U.S. government is afraid to unleash the conflict, while the most desperate are sent to France in the Lafayette squadron formed from the Americans. Under the commandment of an experienced pilot, they are taught biplanes fly techniques and are being sent to perform tiny bumps on the Germans." 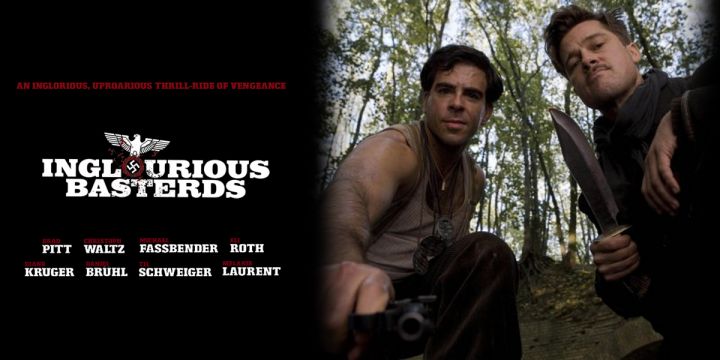 In the Inglourious Basterds Tarantino has once again declares his love to the world cinema and shows excellent knowledge of its history, not only by the citations. You can hear the names of famous German producers: Leni Riefenstahl and Georg Wilhelm Pabst, Tarantino names Propaganda Minister Joseph Goebbels as German David Selznick after the famous American producer. All this raises a smile of tenderness on the faces of the professional public. Death Proof , the previous picture of Quentin Tarantino was entirely built on savoring the senseless violence that created the impression that the master scribbled, and the more: he will have nothing to say. The death of his heroes did not cause any pity or disgust. But in the Inglourious Basterds you will enjoy the gallery spectacular bloody gags and a single deep thought. Tarantino regained his crown by this gorgeous cocktail of violence, black humor, suspense and absurdity. 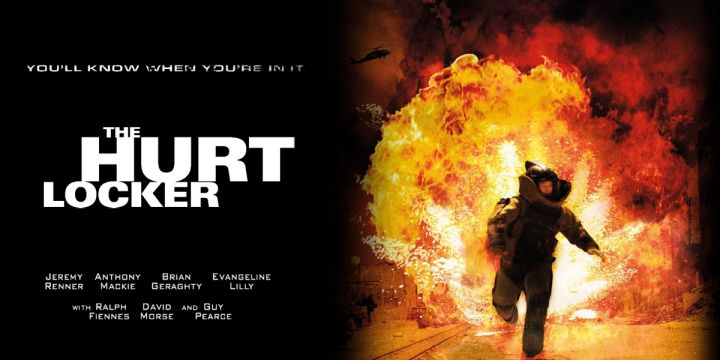 Hurt Locker was perhaps the first film about Iraq with absolutely no political motivation that gives the movie a special status. It tells a simple story of ordinary madness that under certain circumstances becomes the norm, and in this sense, Hurt Locker is as much about war as Apocalypse Now. In an ecstasy of contemplation Bigelow took off her best films, but Hurt Locker, perhaps, reached its peak, virtually eliminating the plot and are entirely focused on determining the concentration of adrenaline in the blood of experimental characters. 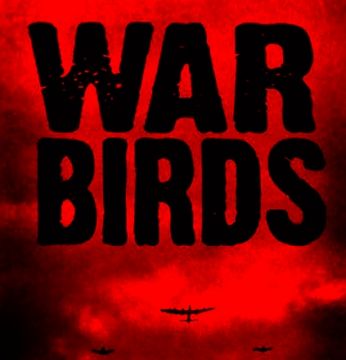 War Birds is a 2011 movie from TMU Pictures directed by Michael B. Chait with screenplay written by Bryan Binder, Josh Staman and Richard Jefferies. War Birds pictures World War II aviation ace-pilots in their deathly illegal air duels. War Birds movie presents splendid shooting dogfighting set at the highest level. This is a great film for fans of realistic scenes of air combats. For information: World War II led to the need for a sharp increase in the rate of improvement of aircraft production. All countries involved in the war developed, modernized and made aircraft and aviation equipment, with new types of aircraft, for example, long-range bombers. Fighter escorts were needed for the success of heavy bombers, dramatically reducing the losses in combat against enemy fighters. By the beginning of World War II fighter aircraft is a well-formed class of equipment. Typically, major world powers of that time had a few basic types of fighters, differing both in flight characteristics, and by tactical application. For example, Germany had a fighter Me-109 and Me-110 in different versions. The U.S. also made significant progress in building fighter aircrafts greatly pictured in War Birds movie.