Terminator Genisys is the fifth installment in the Terminator series, set in the year 2029. John Connor is currently fighting the machines as leader of the Resistance, when he is notified that Skynet will attack him in the past as well as the future. He sends Kyle Reese (Jai Courtney) back in time to save his mother, Sarah Connor (this was the premise for the first Terminator movie), but the past has changed, diverging from the plot of the original film. In this new altered reality, Sarah Connor was orphaned at age nine by a T-800 sent to kill her, and has been raised by another T-800 model which has been programmed to protect and train her to meet her destiny. The film is set to act as prequel, sequel and reboot for the series, and once again stars Arnold Schwarzenegger in his titular role, supported by Emilia Clarke, Jason Clarke, Jai Courtney, Matt Smith, Lee Byung-hun and J.K. Simmons

Interstellar is a 2014 science fiction film directed by Christopher Nolan and starring Matthew McConaughey, Anne Hathaway, Jessica Chastain, and Michael Caine. Physicist Kip Thorne served as executive producer. The film's production dates back to 2007, when brothers Christopher and Jonathan Nolan originally wrote the script, and its epic production cycle has manifested epic results. As a science fiction film in the truest sense of the word, Interstellar bends space and time and explores what it means to be human. With resources on Earth dwindling and the planet quickly becoming unlivable, it is up to a small team of scientists to find humanity a new home among the stars before it is too late. Interstellar won Best Visual Effects at the 87th Academy Awards, and was nominated in four other categories.  Critics praised its powerful visuals, moving soundtrack, and its elegant blend of physics and philosophy.

Edge of Tomorrow, perhaps known equally well by its tagline "Live, Die, Repeat" (featured on the DVD box) is a military-themed science fiction film starring Tom Cruise and Emily Blunt. An alien race has attacked, and an inexperienced combatant, Major William Cage (Cruise) is dumped into a suicide mission. He dies within minutes, but finds himself resurrected through a time loop which forces him to relive the battle again and again (intentionally in the manner of a video game, only in real life). Each time he dies, but each time, his skill in combat and his knowledge of the enemy also increases, and he and Sergeant Rita Vrataski (Blunt) move another step closer to defeating their seemingly unbeatable foes and saving the planet. The film was widely praised by critics and audience members alike, and was particularly recognized for its success in breaking out of traditional gender roles with Emily Blunt's character.

Maleficent is Disney's 2014 retelling of their classic animated tale—with a twist. In this revisionist fairytale, Maleficent (Angelina Jolie) lives an idyllic life in the forest before the human she has fallen in love with betrays her in exchange for a kingdom, cutting off and stealing her wings. As revenge, Maleficent curses the new king's baby daughter, Aurora (Elle Fanning) to prick her finger on a spindle and fall into a death-like sleep on reaching adulthood, only to be woken by true love's kiss. Little does Maleficent realize that Aurora will be nothing like her father, and may be the only hope of restoring peace to their fractured land—and to Maleficent's heart. The film received mixed to positive reviews, with reviewers praising the performance of the two lead actresses as well as the emotional richness in the storytelling.

Transcendence is a serious science fiction film which explores questions of mortality, technological overreach, and responsibility. Johnny Depp plays Dr. Will Caster, a dying A.I. researcher, who transfers his emotions and personality to an A.I. interface with the help of his wife Evelyn (Rebecca Hall). This experiment bestows near-omnipotent power on The Will Caster A.I., but as one might expect with any person who has died and been resurrected, Dr. Caster is no longer quite the same man. As Dr. Caster's quest for knowledge morphs into a quest for power, it dawns on his fellow researchers that they may be helpless to stop him. While Transcendence received mixed reviews, the film's distinctive visuals were widely praised, as well as its willingness to confront major questions of our time. 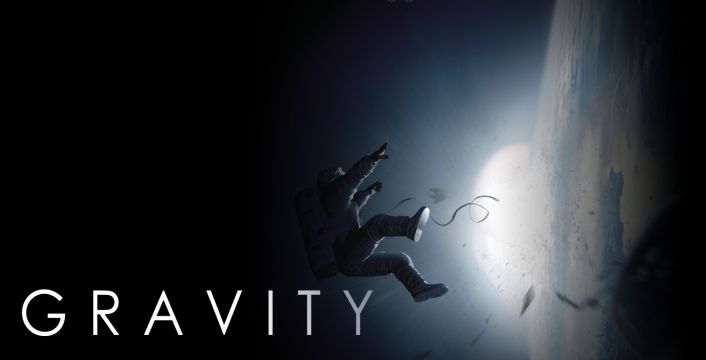 The storyline of Alfonso CuarГіn's psychological sci-fi drama Gravity (2013) revolves around the destinies of two astronauts on the extraordinary pivotal points of their lives. Dr. Ryan Stone is a newbie in the space. She's an awesome DNA-biology specialist and her mission is to perform some experiments in the outer space while staying at the space station. She accompanied by Matt Kowalsky, an experienced space veteran, whose mission is to provide technical assistance to Dr. Ryan Stone. It was their ordinary spacewalk. They were observing the breathtaking views of Earth, when Space reminded them that it is definitely not a pleasant place for sightseeing. A horde of space junk has bombarded their space station and destroyed it while they were in outer space. They were lucky enough not to be inside, but how long they survive outside, with no radio connection with Huston space center and limited oxygen supply on their space suits? When fear turns to panic, an every additional breath decreases both their lifetime and chances to survive. Dr. Ryan Stone is portrayed by Sandra Bullock, whose filmography includes such a brilliant roles as Leigh Anne Tuohy in The Blind Side and Gracie Hart in Miss Congeniality, while Matt Kowalsky is played by George Clooney (The American, Ocean's Friends franchise, From Dusk Till Dawn.)

The most anticipated adaptation of 2013 Ender's Game is loosely based on the same name book, that was probably the most iconic sci-fi novel in mid of 80s. Its author, Orson Scott Card has had many chances during 80s and 90s to make a movie after his book as the astronomically budgeted Hollywood movie. However he has kept his creative rights till 2000, when he finally decided to film the bestseller with the co-founding the Fresco Pictures to make a movie and write a screenplay himself. The action of Ender's Game unfolds in the distant future when Earth is invaded by myriads of Formics, an aggressive alien race also known as Buggers for their insects-alike appearance. The humanity is on the verge of distinction when the Strategist of the Earth takes a historical decision – to search a potentially talented child to train him as Great War Commander using the sophisticated space battle simulators. After a severe screening, they found Ender, a promising boy who shows the astonishing results on battle simulators. While his training is in progress it becomes absolutely clear that Ender is a last hope of human race to survive. His mentors decide to accelerate his learning by promoting him to Command School where he trains using state-of-the-art simulators that create an illusion of real space battle. Meanwhile, Ender's psychentonia makes him on the verge of nervous breakdown when he decides to fail his last exam: facing enemy's superior forces leaving no chances to win, he leads his spaceships to imminent death hoping that at least one could reach the planet to launch the MD, a devices that destructs all the object with positive mass around. That means a total annihilation of both human's and alien's spaceships and the planet in addition. Upon the "success" he surprisingly gets an ovation from his examiners: all his simulators' games were real space battles since he entered the Command School, and the last battle was the real Last Battle of International Forces against the Aliens where Earthlings have won thanks to Ender's brilliant strategy. Asa Butterfield stars in Ender's Game as main character Ender Wiggin. His filmography includes Hugo (as Hugo Cabret), Nanny McPhee and the Big Bang (as Norman Green) and The Boy in the Striped Pyjamas (as Bruno). Harrison Ford (Apocalypse Now, Star Wars franchise, Witness) plays as Colonel Graff, Ender's mentor.

It's a third appearance of Chris Hemsworth as mighty Thor after Kenneth Branagh's Thor filmed in 2011 and Joss Whedon's The Avengers filmed in 2012. The story of Alan Taylor's Thor: The Dark World is a direct sequel of the first movie and it takes place just year after the events of The Avengers. Now Thor stands against the ancient evil embodied in Malekith and his henchmen. This concentrated evil existed even before the history of our Galaxy has began. And there are no forces neither in Asgard nor on Earth to withstand them. Once again the destiny of the whole world is in Thor's hands. Once again he has to come back to Earth and fight with Malekith. When he meets his passion, Jane Foster (Natalie Portman), his quest becomes more complicated – to rescue his love interest and save both Earth and Asgard. As for ensemble cast it's quite clear that previous movies successes inspired producers to inflate the budget significantly, besides the actors which were starring in the first movie Tom Hiddleston, Stellan Skarsgard, Ray Stevenson, Idris Elba, Kat Dennings, Rene Russo and Anthony Hopkins there some new Hollywood stars: Christopher Eccleston (Doctor Who, Heroes, G.I. Joe: The Rise of Cobra), Adewale Akinnuoye-Agbaje (The Thing, Killer Elite, Faster), Zachary Levi (Stuntmen, Shades of Ray), and Tadanobu Asano (Battleship, 47 Ronin).