Giuseppe Verdi, a genial Italian composer, the author of eternal "Grand March" from Aida, was born 10 October 1813. Since that time all the progressive society of musicians and opera lovers are celebrating Verdi's birthday each year. Quartet, a movie filmed in 2012 by Dustin Hoffman, follows the most recognized event of annual Verdi's birthday – a concert in Beecham House, a fictional retirement house for gifted musicians and concertmasters. Every year everything is going smoothly on this solemnity, but not this time. A wife of one of the quartet members, Jean joins the party to make a fuss around the celebration and summons the old spirits of rivalry between her husband Reg and rest of the quartet contributors Cissy, Wilf and Cedric. The ensembly cast of Quartet time and again consists of well matured actors and actress: Billy Connolly (The Hobbit, The X Files: I Want to Believe, The Last Samurai) is playing Wilf while Maggie Smith (The Best Exotic Marigold Hotel , Harry Potter franchise, Becoming Jane) is playing Jean, a Reg's wife. Reginald is portrayed by Tom Courtenay (The Golden Compass, Last Orders, Let Him Have It) while Michael Gambon (Brideshead Revisited, The King's Speech, The Book of Eli) is playing Cedric. The next Quartet member Cissy is portrayed by Pauline Collins, which may be familiar to you by her roles in Albert Nobbs as Margaret 'Madge' Baker and in Paradise Road as Daisy 'Margaret' Drummond. 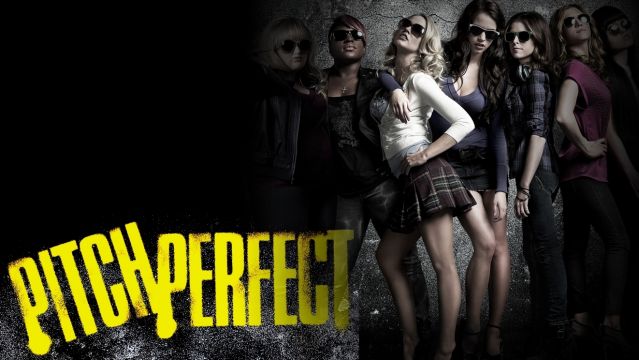 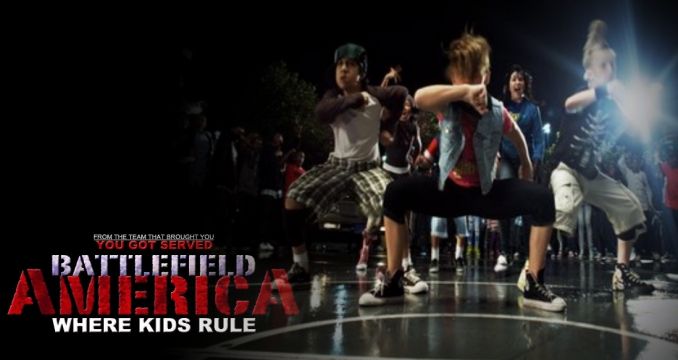 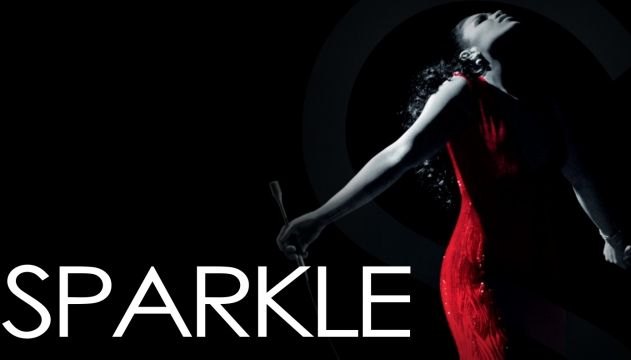 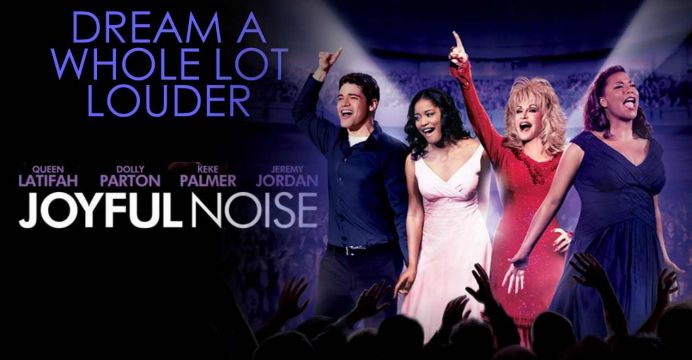 With stars like Dolly Parton, Queen Latifah, Courtney B. Vance, and Keke Palmer this film about a small town choir burdened by the town's budget cuts appears to be a hit. The choir's director (played by Kris Kristofferson) dies suddenly and Queen Latifah's character Vi Rose Hill soon takes control. This prompts G.G. Sparrow (Dolly Parton) to jump in because she thought it should be her to replace the dearly departed musical director. And as Sparrow is also a major donor with big bucks to spend, she could definitely help with financial issues brought on by the town budget cuts.he younger generation approves of G.G. Sparrow and her plans to modernize the choir's music and style and have their own agenda's which include romance and rebelliousness. At stake is the national annual competition titled "Joyful Noise" and the two leading women must overcome their differences to reach a competitive level. Dolly Parton (9 to 5, Steel Magnolias) is superb as the wealthy G.G. Sparrow, Queen Latifah (Beauty Shop, The Dilemma) is the hardheaded Vi Rose who's daughter Olivia (Keke Palmer) begins dating G.G.'s grandson, Randy (Jeremy Jordan) making yet more sparks fly in this small town. Beautiful music and wonderful acting give this just the right spirit for any season!

Maybe the biggest roadblock to remaking such a venerable musical classic is found in the music. Updating those rock and roll classics with more modern day tunes will be risky. And those memorable characters are a challenge. Ren McCormack is now played by a young dancer named Kenny Wormald (from MTV's Dancelife and Center Stage: Turn it up). And the beautiful Ariel Moore is now played by gorgeous Julianne Hough of Dancing With the Stars professional performer credit. Her father, the Reverend Shaw Moore is now portrayed by Dennis Quaid (Great Balls of Fire, Enemy Mine) and his wife, Vi is played by the beautiful Andie McDowell (Sex, Lies, and Video Tape, Four Weddings and a Funeral). his is an updated version that holds true to the original in almost every aspect, even the music. Songs like "Let's Hear it for the Boy" have somewhat of a southern texture now that the film is set in Beaumont, Tennessee instead of Beaumont, Utah. The Chattahoochee River's bridge is the scene for that memorable game of "chicken" between Ariel's two love interests now that Ren has moved to town. Look for plenty of action and some great music. 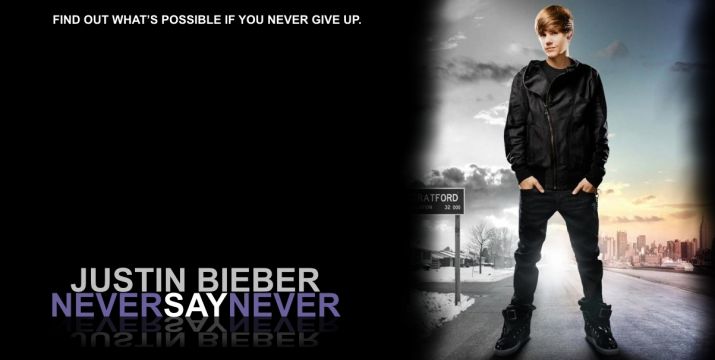 With a title that takes one back to the 1983 James Bond Classic "Never Say Never Again", the documentary to be released in 2011, "Justin Bieber: Never Say Never" is sure to be a hit for Bieber fans the world around. The documentary follows the incredibly successful and ever more popular Justin Bieber on his 2010 concert tour. Replete with behind the scenes footage as well as shots from performances, fans will love this inside peek into the Bieber-nation. The film is scheduled to appear in 3D that will allow the tween fans to feel like they are right there. Chronicling Bieber's rise to fame with video spinets from his early life, Never Say Never will excite die-hard Bieber fans.  Also appearing in the documentary are Boys II Men, Ludacris, Jaden Smith, Usher, Sean Kingston, and teen pop sensation Miley Cyrus. This star-studded look into the pop/urban music scene of the new millennium is sure to thrill and excite music fans of all ages. 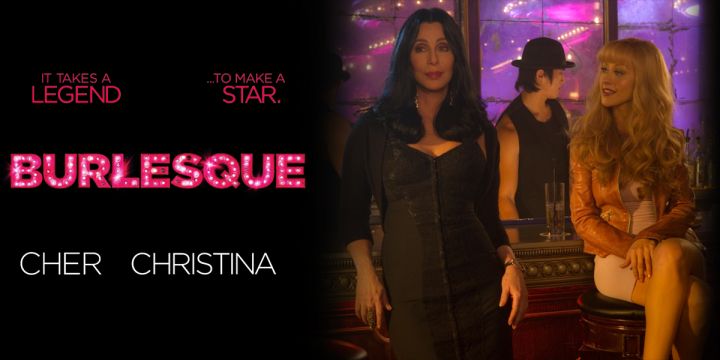 Burlesque Movie is a musical starring Christina Aguilera as Ali, a small town girl with a dream who sets out to Los Angeles. She finds herself in the once popular Burlesque Lounge where she is mentored by Tess (Cher), befriended by Georgia (Julianne Hough), falls for a struggling musician Jack the bartender (Cam Gigandet) and is envied by Nikki (Kirsten Bell). Starting out as a cocktail waitress wasn't what Ali was looking for, but soon enough she earns her shot on stage. Then a visitor shows up at the Burlesque Lounge with an opportunity that could make all Ali's dreams come true. 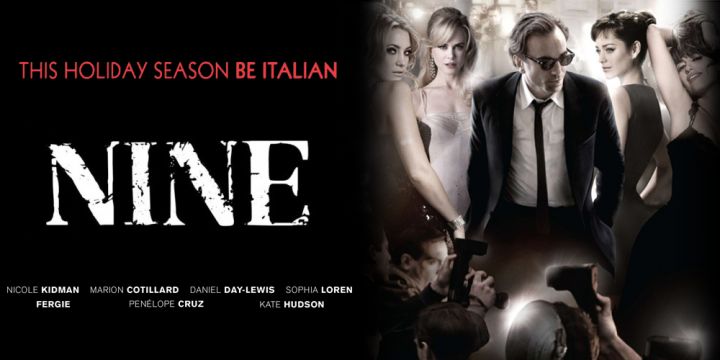 If you are going to look for that "half", which makes "Nine" more than "Eight and a half", then you can find it in a consequence of the almost complete rejection of Marshall's confessional original. Instead og Fellini's excursion into your own mind here is melodrama of a person who does not want to change the freedom of their own fantasies on the responsibility and hassle of the real world. The unique crisis Marshall thus replaces the by the universal one. And with all the vulgarity of the resulting parade lacy stockings and fake romantic accents you have to admit: there is no need to be Fellini to resolve difficult relations with all the women of the life. It is much better to build mentally the cabaret of these women instead. 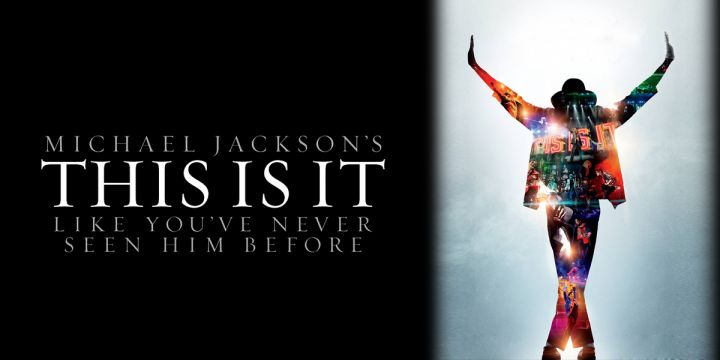 Michael Jackson's This Is It

He changed the world: modern music and the whole pop culture were shaped by the enormous influence of his work. World has changed him: becoming a deity of the scene, he lost his freedom to be a man. Michael Jackson is the symbol of the inspiring and cruel twentieth century. In the XXI century Michael was preparing for a grand tour, which would change the level of modern concerts."Documentary movie Michael Jackson's This Is It says that will never happen to us. This will not only the performance of the brilliant hits, but the moments of the creative process: finding the right sound, choreography, design a video."Michael worked himself over every professional and meticulous aspect, to convey to the audience his talent in perfect shape. Unique show Michael Jackson's This Is It, should to be his farewell to the career of Michael, but it didn't happen. 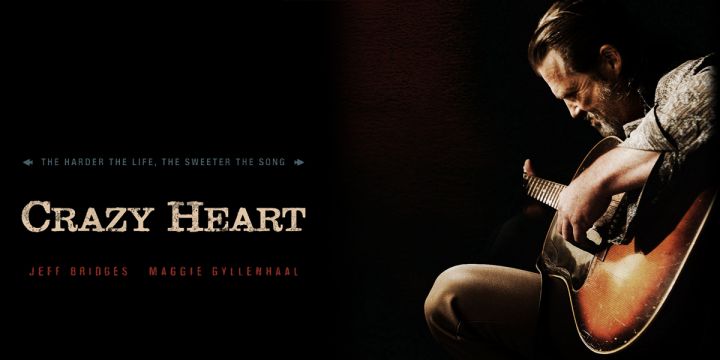 Scott Cooper's movie Crazy Heart got two Oscar in 2009, It's a movie with the soul, no pathos, no ostentatious patriotism, just as it is. Jeff Bridges plays such a collective role of the classics of the Nashville Sound. Forty years ago, while still a boy, he went into the army in the end "The Last Picture Show," now he's back with the "Oscar". There are, of course, the obvious parallels with his main "pop-role" of Big Lebowski, but it looks like he selects the role and playing style and maintains this line till the final credits.