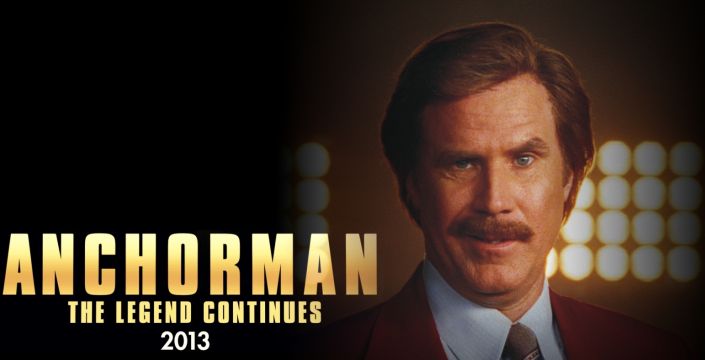 Being a sequel of legendary comedy of 00s, Anchorman: The Legend of Ron Burgundy (2004) doesn't mean to copy or event to develop a plot of the original movie. For Anchorman: The Legend Continues (2012) it's a totally true. Although there is the same director and producer in both of the movies: Adam McKay and Judd Apatow accordingly, and the plot is written by the same Will Ferrel (The Other Guys, Step Brothers, Wedding Crashers) who plays main character, Ron Burgundy, in Anchorman: The Legend Continues – these two movies are "absolutely different": new jokes in the same 70s-styled environment. The rest of the cast were left intact: Christina Applegate (The Big Hit, Claudine's Return, Just Visiting) plays Veronica Corningstone Ron's person of interest, while Paul Rudd (Admission, This Is 40, Wanderlust) stars as Brian Fantana, an arrogant and over-sexiest Ron's coworker. 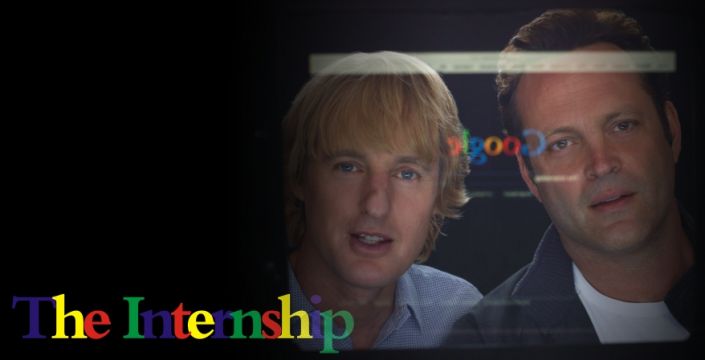 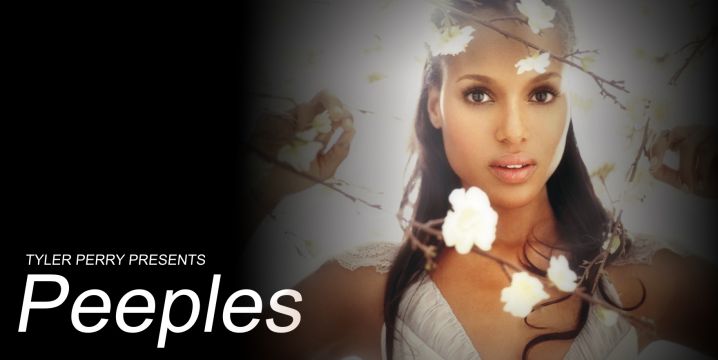 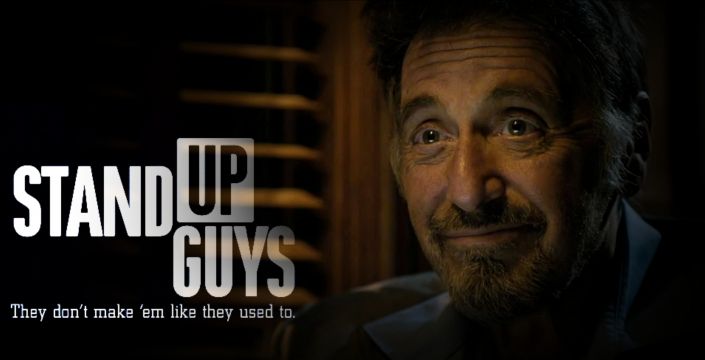 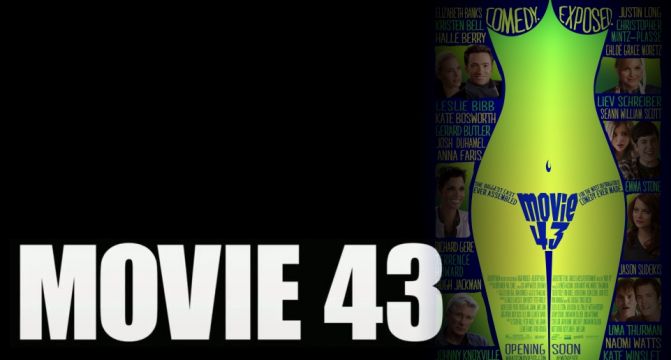 It's absolutely fatuously to list here all the ensemble cast of Movie 43. It will be enough said that such a Hollywood megastars as Halle Berry, Elizabeth Banks, Kristen Bell, Anna Faris, Chloë Grace Moretz, Uma Thurman, Naomi Watts and Kate Winslet are playing in the Movie 43. Not yet convinced? Gerard Butler, Jimmy Bennett, Richard Gere, Hugh Jackman and Jason Sudeikis are starring in the film too. It's not a joke, there are more than 40 high paid celebs are contributing Peter Farrelly's Movie 43. How is it possible, you say? Just imagine New Year's Eve-alike movie, but filled full of vulgar jokes. Just for example Hugh Jackman (Les Misérables, Rise of the Guardians, X-Men: First Class, Real Steel) is playing a dude with genitals located exactly under his chin, while Richard Gere (Arbitrage, The Double, Pretty Woman) alongside with Kate Bosworth (Homefront, Big Sur, Another Happy Day) heroine learning about i-Babe device helping couples to keep devotion and not to cheat on each other. By the way Gerard Butler (Dynamo, Thunder Run, Hunter Killer, Olympus Has Fallen) plays Chaun, who is nothing but ribald Leprechaun.

Filmed in 2012 and released in 2013, A Haunted House is a comedy spoof on A Paranormal Activity franchise series of movies. It uses the same technique as the original film that can be described as "found footage". Footage of the events that encountered in a house where a married couple moved in. The parody's couple is Malcolm and Keisha, and their new house is haunted in pretty much similar way to the one depicted in Paranormal Activity. And, of course, this "just married" couple is unaware about this fact. The drama unfolds after Keisha becomes haunted, and Malcolm decides to rescue their sexual life by inviting for consultation the various specialists: psychotherapists, ghost hunters, exorcists and priests.The film is directed by Michael Tiddes and stars Marlon Wayans (Dance Flick, Norbit, G.I. Joe: The Rise of Cobra) as Malcolm and Essence Atkins (Act Like You Love Me, Another Stateside, Dysfunctional Friends) as Keisha. 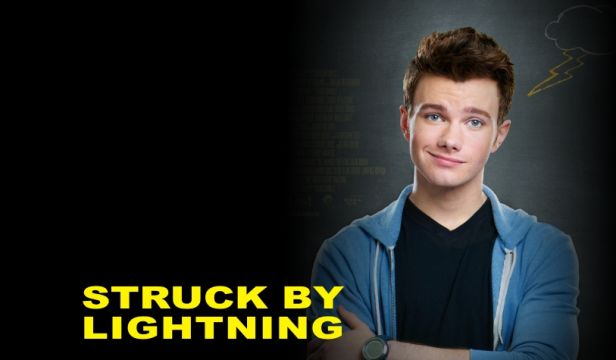 Filmed in 2011 during Glee hiatus; premiered at Tribeca Film Festival in 2012 then released worldwide in January 2013, Struck by Lightning is the second film produced by the Glee idol, Chris Colfer after his directorial debut The Little Leftover Witch made under the contract with Disney. Chris has written a screenplay for Struck by Lightning and played the leading role. The movie revolves around the flashbacks of main character, Carson Phillips who was stricken by the deathly lightning bolt. Before he dies he experiences the colorful memories about the last years of his life. He ran a literary magazine at Clover High School and in order to get a material constantly blackmailed his classmates – in most cases very successfully. Besides the genuine Chris Colfer's play we enjoy the performances of Sarah Hyland (April Apocalypse, Conception, Gay Dude) and Christina Hendricks (Seconds of Pleasure, How to Catch a Monster, Ginger & Rosa) accompanied by spontaneous Bachelorette star Rebel Wilson (Pitch Perfect, Pain & Gain, What to Expect When You're Expecting). Carson's parents are portrayed by Allison Janney (Lucky Them, Bad Words, Trust Me) and Dermot Mulroney (Space Warriors, Jobs, Stoker). 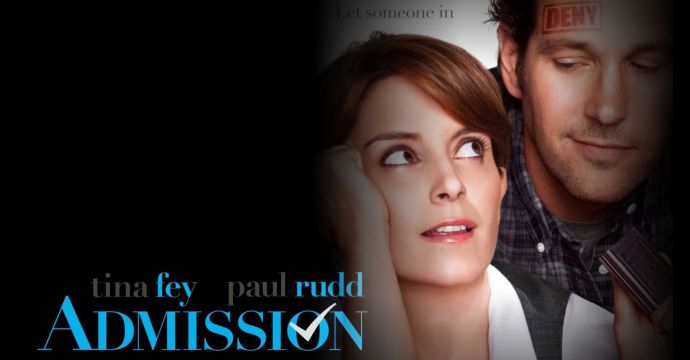 American Pie franchise ex-director, Paul Weitz, tries himself on a quite new territory. Released in 2013, Admission tells an ordinary story about a middle age woman, who gave up her son for adoption many years ago and now are filled with regrets about sins of youth. A self-confident, law abiding admission officer in Princeton, Portia Nathan, tries her best to live her life "by the book" both at the workplace and in the private life. This approach is a nuisance for Portia's boyfriend, Mark, a local faculty member. He knows nothing about his girlfriend's past and he is much surprised when Portia meets a young student Jeremiah, who supposedly is her son. Nobody knows if this true, including Portia, but all the circumstances point to that. Nevertheless, Portia decides to turn the life road of the young gentleman in more perspective direction, in spite of her law-abiding way of life. Where will this decision lead Portia, Jeremiah and Mark? Admission's ensemble cast features Michael Sheen (Crooked House, Cut Bank, The Twilight Saga, Midnight in Paris, Tron: Legacy) as Mark, unparalleled writer and actress Tina Fey (30 Rock, Saturday Night Live) as Portia Nathan and Nat Wolff (The Last Keepers, Stuck in Love, New Year's Eve) as Jeremiah Balakian.

No one expected that on the edge of the war between Boston Police Department and local Russian drug mafia, two policewomen will stand against the cruel mob boss from Moscow. His gang strikes fear on Boston's citizens and his corruption network seems to be protective enough to feel himself invulnerable. Nothing can stop him. Nothing but two crazy policewomen, no one could ever imagined are able to work together. Neither Special Agent Sarah Ashburn, nor Detective Shannon Mullins knows anything about friendly support; it looks like they hated each other from the very first moment they met – but, what's really important they hate gangsters. And as they approach the target, Sarah and Shannon became deadly cohesive team…Sarah Ashburn is portrayed by Sandra Bullock (The Proposal, Miss Congeniality, Premonition, Infamous, The Lake House), while Melissa McCarthy (leading role in Mike & Molly, This Is 40, Identity Thief ) plays Det. Shannon Mullins.

Could you imagine what would happen if your identity had been stolen: your good name had been used by another person, who easily would completely destroy your credit history by being a "Shopping Queen" with your credit card? The Identity Thief, filmed in 2013 telling us exact story about unlucky businessman living in Denver, NY whose identity was stolen by a woman living in Miami. How is that possible, you say? Easily, if man's name is Sandy, there is no problem for woman to be Sandy too -Sandy Bigelow Patterson, to be accurate. The movie storyline revolves around the real Sandy Bigelow Patterson, who is traveling across the half-country to catch the thief and to get real Sandy's financial personality back. This unlucky character is impersonated by Jason Bateman, who may be familiar to you as Michael Bluth in Arrested Development and Keith Yert in Hit and Run. You may also remember him in one of the leading roles in Horrible Bosses (as Nick Hendricks). 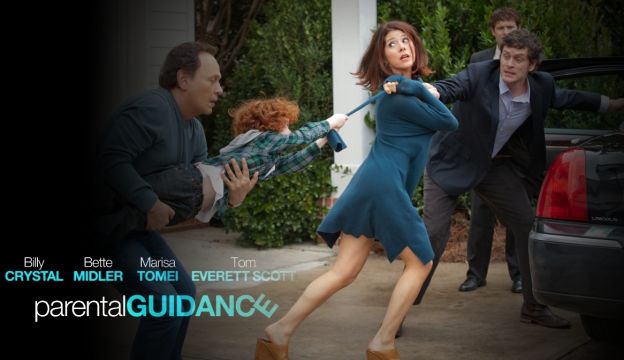 A light heart touching comedy from Andy Fickman, Parental Guidance features Billy Crystal as Artie Decker and Bette Midler as Diane Decker. Mr. and Mrs. Decker are old-school pair faced to look after their three grandkids as their parents went out from town for work for a few weeks. The thing go wrong from the very first minutes of their "babysitting". It seems like old-school methods of parenting are not suitable for 21-th century kids living in their hyper-dynamical rhythms. But there are no choices and both the elderly couple and their grandchildren have to learn a magic of love that like a connecting thread binds all the generations regardless to how they are treat what is wrong and what is right in this world. Meanwhile, it becomes clear for Artie and Diane, that their grandchildren Harper, Turner, Barker are the most lovely and good-behaving persons in their lives, although the first days of 'babysitting' were completely failed due to insane misbehavior of the children. By the way Harper is played by Bailee Madison, who may be familiar to you by her roles in Bridge to Terabithia (as May Belle, a younger sister of Jesse Aarons) and Don't Be Afraid of the Dark (as Sally Hurst).