Nightmare Alley is a 2021 psychological thriller film directed by Guillermo del Toro and starring Bradley Cooper, Cate Blanchett, and Willem Dafoe. The film is an adaptation of the 1947 novel of the same name by William Lindsay Gresham. It tells the story of a carnival worker named Stanton Carlisle (Cooper), who rises through the ranks of the carnival world by using his skills as a manipulator and con artist. However, his ambition and greed lead him down a dark path, as he becomes embroiled in a web of deceit and corruption.

The film explores themes of power, manipulation, and the corrupting influence of ambition. Del Toro's direction and the performances of the cast, particularly Cooper and Blanchett, have been praised for their intensity and nuance. The film's visual style, which evokes the gritty, seedy world of carnivals and sideshows, also received praise for its ability to create a sense of unease and danger.

Overall, Nightmare Alley is a well-crafted, gripping thriller that delves into the psyche of its characters and the dark side of human nature. With a talented cast and director, the movie is a must-watch for fans of psychological thrillers, crime dramas, and film noir. 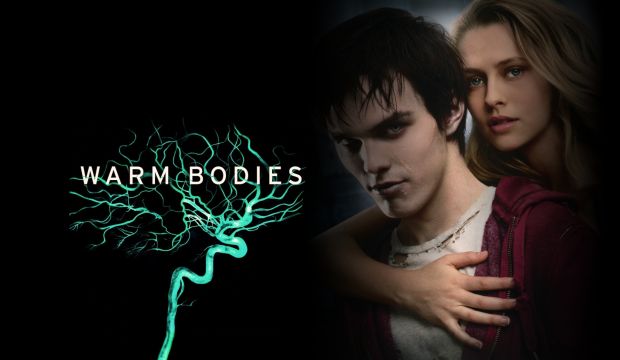 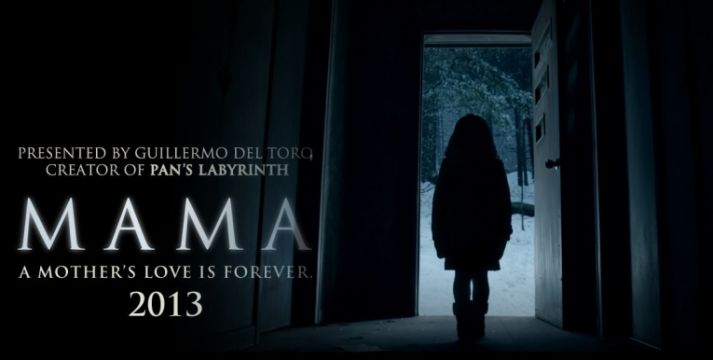 Guillermo del Toro once again tries to horrify as after a spooky Don't Be Afraid of the Dark - now, with his next horrendous creature Mama (2013). The story of Mama starts from scene where two sisters Victoria (Megan Charpentier) and Lilly (Isabelle Nélisse) mysteriously disappear in the nearby forest, after their mother was ferociously killed by their father. Lilly's and Victoria's uncle, Lucas (Nikolaj Coster-Waldau) tries his best to investigate this strange disappearing and to find little girls, if it's possible. But days has pass, and his rescue expedition hasn't show any results. In desperation he seeks and seeks his nieces again making it almost the main mission of his life. Finally, when he is about to give it up, he encounters a weird cabin in the forest, where two girls are living on their own, safe and in the good health. And there would be nothing extraordinary, if we talked about days of searching. But, almost five years have passed since, Victoria and Lilly were missed… That asks lots of questions. How little girls survived in the forest alone? Were they alone? And who was welcomed in Uncle Lucas's house alongside with the children? It seems like little girls' mother haunted their minds and what was taken as aftermath of the stress now turns to be a paranormal entity, Mama that has infested Lucas' house. The situation becomes really horrifying when Lucas's girlfriend, Annabel (Jessica Chastain) decides to use hidden demonic powers of Mama to resurrect her own children, which died many years ago. 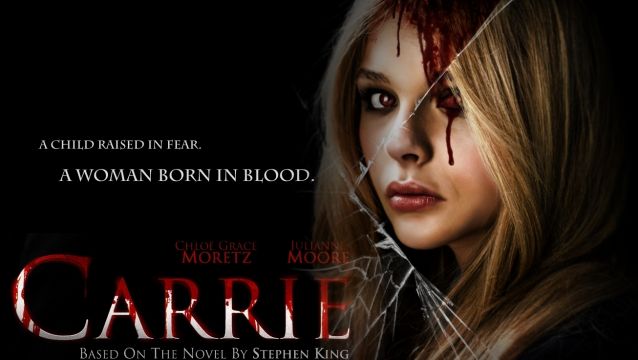 Stories about mysterious telekinetic abilities were extremely popular in 70s. That's way Steven King's book Carrie was adopted as movie just in 2 years after the novel was written. In 2013 Carrie returns on big screens thanks to Metro-Goldwyn-Mayer and Screen Gems - both invested around 75 millions USD in this reincarnation of the film. Now Carrie features lots of stunning CGI effects that makes telekinetic tricks much more spectacular than 70's adaptation. What makes this movie special besides awesome explosions and incredibly realistic bloodbaths? The perfectly combined ensemble cast: just imagine a magnificent star of (500) Days of Summer, ChloГ« Grace Moretz as Carrie White in terrifying action scenes where telekinetic powers tearing apart all the stuff around and everting human bodies. Although, Lindsey Lohan was initially promoted for this role, finally Moretz was confirmed by director Kimberly Peirce. Chloe's mother Margaret White is played by Julianne Moore an Emme-awarded actress whose filmography includes but not limited by such masterpieces as Chloe, The Kids Are All Right, A Single Man, Shelter and Next. As for the plot, Peirce's Carrie is loosely built on the novel storyline with some exceptions which caused King's sarcastic remark "The real question is why, when the original was so good?" Carrie White is a lonesome, shy girl living in suburban house with her religious mother Margaret. Chloe's only friend Sue Snell (persuasively depicted by gorgeous Gabriella Wilde) decides to help Chloe to override her lone status by asking a local dreamboat, Tommy Ross (Sue's boyfriend, by the way) to invite Carrie to prom. Unfortunate prank turns out to be a catastrophic disaster for all those present at prom and for the entire town when Carrie unleashes her powers in devastating act of desperation. 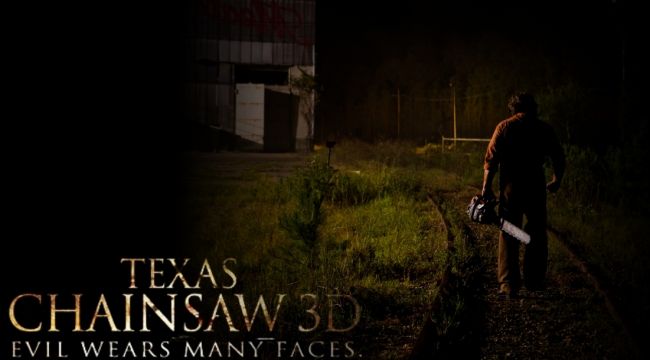 Filmed as the immediate continue of the first 1974 movie in the franchise signature "shock 'till you drop" style, Texas Chainsaw 3D, picks up the story line of The Texas Chain Saw Massacre exactly where it was left off by the first movie. So, in order to refresh all the aforegoing events of the movie you may need to watch once again (or just watch) the first one. However, it's needless to say that Texas Chainsaw 3D is the seventh movie in this slasher franchise, so it would be very hard (if not impossible) to determine what the difference between them all. Nevertheless, the CGI effects are developing constantly, which, in the case of horror movies, means that the quality of bloodbaths and other meat ins and outs would be incredibly realistic in this new John Luessenhop's movie. The story of Texas Chainsaw 3D starts when Heather Miller learns that she inherits the mansions from her grandmother she never known; when she visits her new house, he realizes that the mansion is inhabited by some horrible entity. As for ensemble cast it needs some special words about: the main protagonist, a gorgeous Heather Miller is portrayed by Alexandra Daddario, who may be familiar to you by her participating in such a well-known projects as Hall Pass, Bereavement, Nurse Jackie and Damages; while Dan Yeager plays the main villain, Leatherface - you may not know him well, but this was the guy who has produced Ordinary Average Guys short film in 2011.

Ariel Schulman is returning to direct the fourth sequel in line of Paranormal Activity movies. Filmed in 2012 for pennies (as always) Paranormal Activity 4 features the same actors in the same roles. Kathryn Newton portrays Alice while Katie Featherston plays Katie. A little boy named Robbie is played by Brady Allen (remember the kid from The Middle?) and Matt Shively (the voice of Sky from Winx Club franchise) stars as Alex. The story of Paranormal Activity 4 is quite predictable, and hinted from the previous movies. It follows the mystery of family disappeared in 2006 which, a story recorded by numerous of cameras installed all over the house, where, now, the other family must go thru their horror drama, and we have a chance to watch every frightening moment documented by both IP cameras and Skype videos. As it may be concluded the movie style and way of filming are not the subjects to change from one sequel to another, and there is a quite obvious and very pragmatic explanation of this fact; this is the one and only working business model the allows Paramount Pictures to keep churning out hundreds of millions dollars out of every low budget Paranormal Activity until the wheels fall off. 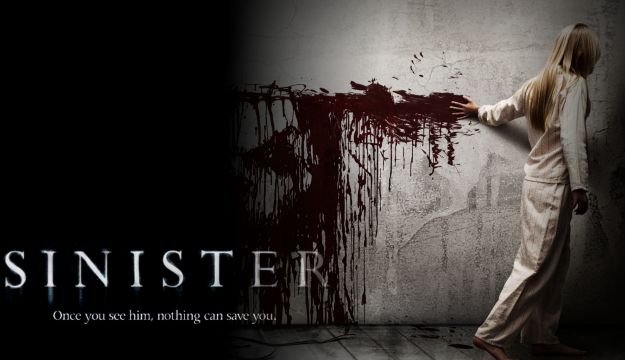 The" found footage" genre was used almost to death in the period of 2005-2012. However, Scott Derrickson's Sinister is something bigger than regular "found footage scary movie". In Sinister, where Derrickson's talent is multiplied on Ethan Hawke's play, the old fashion draggy movie blossoms with new fruitful flowers conceiving the new levels of horror film's quality. The story begins, when the main protagonist, Ellison finds a footage which was made a long time ago by the previous inhabitants of his new house. As it follows from the footage, four members of the family were hanged on the nearest trees, while fifth one; a little girl has disappeared somewhere and hasn't been found since. As the professional writer, specializing on the scandalous crime stories, he begins his own investigation with the help of local deputy sheriff (James Ransone, who may be familiar to you as Officer Thomas Prudenti in The Son of No One). As they excavate new facts and stories about this mysterious murder they find similar cases where entire families was killed besides the little girls which are still missing. Step by step Ellison immerses deep into the horror of these mysterious deaths becoming increasingly unsettled mentally, as the rest of his family show the sings of serious emotional distress. His wife Tracy (Juliet Rylance, who played in Adam Shaw) and 12-year-old Trevor (Michael Hall D'Addario who played in People Like Us) hear strange frightening voices that are coming out from the attic where the scary footage was found.

For those who have enjoyed bestiary of the same name horror videogames, Silent Hill: Revelation 3D or Silent Hill 2 is sort of fresh air after the years of silence both from creators of original game series, Konami and director of the first Silent Hills, Christophe Gans. Now the silence is broken by Michael J. Bassett, a director of the next movie in Silent Hill franchise. Now, fans of Pyramid Head, Suki, Monster in the Mist, Dalia and other members of horrific bestiary are free to express their wild enthusiasm by watching and rewatching movie. The rest of others horror film fans will enjoy 3D atrocities in total consternation. To say the truth, horror movies are the most fertile ground for 3D technology and the movies like Silent Hill: Revelation 3D is strict evidence of this fact. The dread scenes is so frightening amplified by 3D CGI that even most stupid screenplay will be graciously accepted for sake of opportunity to experience the preterhuman Angst. 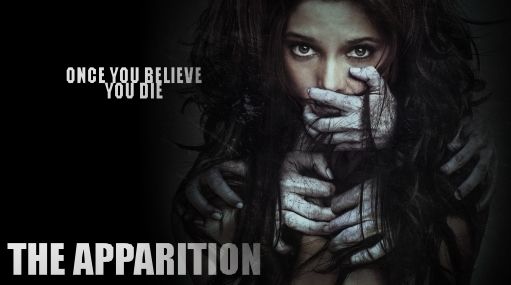 It seems like laurels of Paranormal Activity trilogy haunted minds and souls of Hollywood producers. That's why they decided to film something alike, but with much higher budget and respectively more stellar cast. The story revolves around the couple Ben and Kelly. Accidentally, they have awakened the strange apparition during the mysterious ritual performed in university as experiment. Ben is portrayed by Sebastian Stan (James Buchanan 'Bucky' Barnes in The First Avenger) while Ashley Greene plays Kelly. She may be familiar to you with her roles Alice Cullen in The Twilight Saga: Breaking Dawn or Ashley in Summer. Classmates. Love. The plot follows Ben and Kelly in their struggle with something the words cann't describe. The Apparition terrorizes them while feeding with their fears and it seems like nothing could help Ben and Kelly besides Patrick (Tom Felton), a professional expert in science of supernatural. However, everything looks like it's too late.