Terminator Genisys is the fifth installment in the Terminator series, set in the year 2029. John Connor is currently fighting the machines as leader of the Resistance, when he is notified that Skynet will attack him in the past as well as the future. He sends Kyle Reese (Jai Courtney) back in time to save his mother, Sarah Connor (this was the premise for the first Terminator movie), but the past has changed, diverging from the plot of the original film. In this new altered reality, Sarah Connor was orphaned at age nine by a T-800 sent to kill her, and has been raised by another T-800 model which has been programmed to protect and train her to meet her destiny. The film is set to act as prequel, sequel and reboot for the series, and once again stars Arnold Schwarzenegger in his titular role, supported by Emilia Clarke, Jason Clarke, Jai Courtney, Matt Smith, Lee Byung-hun and J.K. Simmons

2013
Sci-Fi & Fantasy
The Hunger Games: Catching Fire is the second film in The Hunger Games sci-fi trilogy that depicts the events that are supposedly taken place in future or in alternative universe where inhuman annual deathly games are held by Capitol to distract the attention of poorest segments of society (which seem to represent almost 100% of population) from troubles of their miserable lives. The movie storyline is loosely based on Suzanne Collins's book Catching Fire. Simon Beaufoy and Michael Arndt have adopted the book for filming and written the screenplay for The Hunger Games: Catching Fire. The movie's story is revolving around "Victor's Tour" of the 74th Annual Hunger Games winners Katniss Everdeen (Jennifer Lawrence) and Peeta Mellark (Josh Hutcherson). Now they are heroes adored by all the people and the Capitol is betting on them to calm down incipient rebellion. Katness and Peeta finds themselves drawn in series of intrigues all meaning death for them in grand finale. The brilliant play of Jennifer Lawrence, who may be familiar for you by her recent roles in House at the End of the Street and Playbook, undoubtedly has "make" the movie. For Josh Hutcherson, The Hunger Games mean great breakthrough in his career although he has shown the best of his actor's skill in Red Dawn and The Forger. 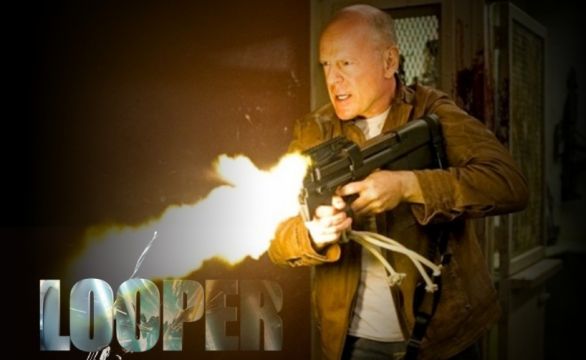 2012
Sci-Fi & Fantasy
Have you ever wondered what would happen if you travel back in time and kill your grandmother before she will give you the birth? Right, you will never be born. That means you will never travel back in time and never will kill you grandmother. That's called "Time Paradox" or "Grandfather Paradox". There are lots of theories explicating why the paradox can be avoided. By the way there is quite exotic one: "Can-Not Because Has-Not" that presumes that no one has invented the time machine in the future, because if it'll happen we have had already knew this due to existence of arriving time travelers from the future. But how it is connected with Looper, the movie filmed by Rian Johnson in 2012? The answer is: very straight. In not-so-near future, in the year 2042, a mob hitman makes money by successfully assassinating human targets arriving from more distant future. Everything goes smoothly before he receives the new target: himself arriving from 2072… Now you understand why we had to begin with "Time Paradox". However, such a twisted storyline is only one crucial driving force of Looper. The brilliant cast is the second. A mob killer, Joe, is portrayed by two actors, and each of them is a big name in Hollywood scoreboard. The younger version of Joe is represented by Joseph Gordon-Levitt while the older one is played by Bruce Willis. If such a star cast, picturing one only character is not enough for you, we are glad to let you know about other names: Emily Blunt (The Adjustment Bureau, Young Victoria) Piper Perabo (Covert Affairs , Ashes, Carriers ) and Paul Dano (Being Flynn, Cowboys & Aliens). And after all of that, have any doubts if this film worth your time?

2011
Sci-Fi & Fantasy
The latest thriller from Academy Award winning director, Steven Soderbergh is Contagion. A film about a rapidly moving epidemic that is spreading world wide and can travel as fast as a jet airplane because those who have been contaminated are on board. With the assistance and advisement from the Centers for Disease Control and Prevention plus some scientific advisors on board the crew this is one scary premise that could almost actually happen with the right sets of circumstances. ritten by Scott Z Burns (The Bourne Ultimatum) and ably directed by Soderbergh (Traffic, Erin Brockovich) Contagion takes viewers to Hong King, the UK, Switzerland, Japan, Dubai, Minneapolis, Atlanta, and Chicago as the danger spreads, demonstrating how dangerous an outbreak of a deadly disease could actually be. Big name cast includes Matt Damon (Good Will Hunting, The Bourne series) as Thomas Emhoff, Kate Winslet (All The King's Men, The Holiday) portrays Dr. Erin Mears, Gwyneth Paltrow (Country Strong, Iron Man 2) is Beth Emhoff, and Laurence Fishburne (Predators, Armored) is Dr. Ellis Cheever. Doctors work together in hopes of stopping the Contagion before it spreads around the globe.

2011
Sci-Fi & Fantasy
A fantasy based action packed drama, Immortals stars Mickey Rourke as a Titan Hyperion who decides to declare war on the earth's population. Rourke (The Wrestler, Sin City, 9 ВЅ Weeks) is looking for the Epirus Bow which is a legendary war god weapon used by Ares. This weapon will enable Hyperion to free the Titans while taking revenge on Olympians who had previously disabled them.enry Cavill (Blood Creek, Whatever Works) is Theseus, the demi-god son and son of Poseidon, king and founder of Athens. Freida Pinto is Phaedra who is an oracle priestess joining up with Theseus and his quest. She is aided by Stavros, a slave and master thief played by Stephen Dorff (Backbeat, Somewhere) and Older Zeus who is a mentor of Theseus and an earthly manifestation of the god Zeus (played by Oscar winner John Hurt (The Elephant Man, Midnight Express).n excellent cast and top writing make this dramatic mythology film a must see for those who love battle strategy, justice, and wisdom in their movies. 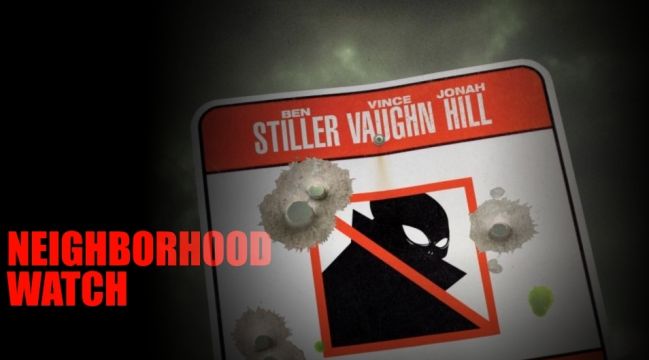 2012
Sci-Fi & Fantasy
Escape from a boring life in the suburbs turned out for four men: Ben Stiller (Tower Heist, Little Fockers , Megamind), Vince Vaughn, (Dilemma, Couples Retreat, Four Christmases) Jonah Hill (21 Jump Street, Allen Gregory TV series, The Sitter) Billy Crudup (The Convincer, Public Enemies, Watchmen) with event, which can change not only their lives but also to bring all the life on Earth to extinction.he story began when four volunteers organize Neighborhood Watch team to monitor the order in their suburban. Of course their true purpose was quite different - to arrange a good alibi. The alibi purposed for run out from their wives and boring of family life from time to time. ll went well until, during his regular "neighborhood watch" they came across the evidence of an alien comparative evil plot, aiming the total destruction of life on our planet.nd from now our heroes will have to show all their wit and intelligence, to prevent the of a scenario escalating that way. 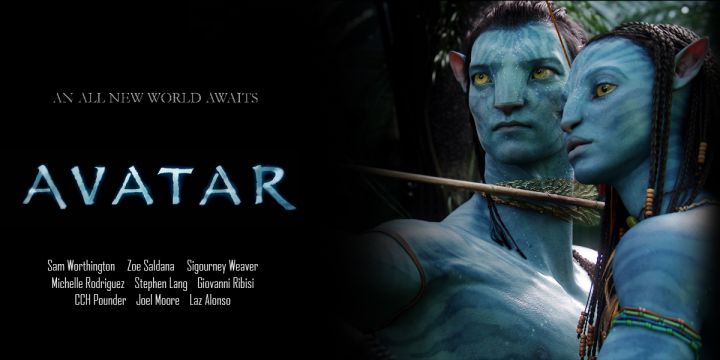 2009
Sci-Fi & Fantasy
Avatar is the best of what came in the cinema since The Lord of the Rings, and here's why. The scale of production and technical excellence of visuals are really amazing. There are no special effects in the movie which are familiar to modern audience . The entire film is one big special effect. Avatar is great not only technically. The film demonstrates the hitherto unprecedented details thru everything. As for the storyline, it is much uncomplicated and reminds a lot of good Hollywood movies. However, the simplicity of the basic idea does not affect the general perception of the painting. James Cameron managed to create new fairy tales, which impact the development of cinema and for more than two hours throws the audience from the gray ordinary reality, to the wonderful world of harmony and beauty.