Knives Out is a 2019 American mystery film written, directed, and co-produced by Rian Johnson. It stars Daniel Craig as a detective investigating the death of a wealthy patriarch and features an ensemble cast. Johnson conceived the film in 2005 but didn't write the screenplay until 2017. It premiered at the Toronto International Film Festival in 2019 and received universal acclaim. It grossed $311.9 million on a $40 million budget and was nominated for several awards. In 2021, Netflix acquired the rights to two sequels written and directed by Johnson with Craig reprising his role, the first of which was released in 2022.

The basic concept for the film was developed by Johnson after he made Brick in 2005. He wanted to make an Agatha Christie-inspired murder mystery film, but his next project became Star Wars: The Last Jedi. After finishing his press tour for that film, he spent seven months writing the script for Knives Out. The film is inspired by classic mystery thrillers and comedies, with influences including The Last of Sheila, Murder on the Orient Express, Clue and Gosford Park. The title was taken from the 2001 Radiohead song "Knives Out". The film was announced in 2018, with Daniel Craig starring, and was sold to distributors at the 2018 Toronto International Film Festival. The cast includes Chris Evans, Lakeith Stanfield, Michael Shannon, Ana de Armas, Don Johnson, Jamie Lee Curtis, Toni Collette, Christopher Plummer, Jaeden Martell, Katherine Langford, Riki Lindhome, Edi Patterson, and M. Emmet Walsh.

Knives Out has received positive reviews from critics, with an approval rating of 97% on Rotten Tomatoes and a score of 82 out of 100 on Metacritic. Critics have praised the film's script, performances, and use of murder-mystery tropes. Audiences also gave the film high ratings, with an average grade of "A-" on an A+ to F scale. The film has been described as "ingeniously plotted" and "subversive", and has been selected as one of the top ten films of 2019 by the American Film Institute, the National Board of Review, and Time magazine.

2013
Crime & Thriller
Another psychedelic masterpiece from Danny Boyle, Trance (2013) is good enough to stand in one row with his other mind blowing movies: The Beach, Trainspotting and Shallow Grave. There are no doubts in brilliant actors play when it comes to James McAvoy, Rosario Dawson and Vincent Cassel. The story of Danny Boyle's Trance begins when young professional art auctioneer Frank (Vincent Cassel) comes to his hypnotherapist to remember where he hid a precious painting. Session by session the truth reveals: the painting was stolen by Frank himself and hidden in unknown place. Furthermore, Frank has been mixed up with group of criminals, the international work of art thieves. That's why Frank has to remember where he lost a painting as soon as possible – his life is at stake. 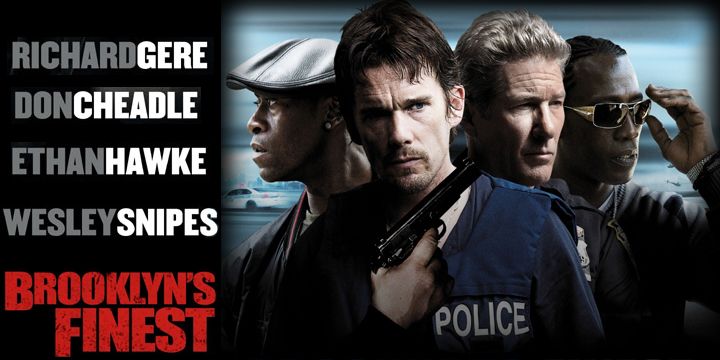 2010
Crime & Thriller
Antoine Fuqua's new movie Brooklyn's Finest represents lots of similarities with his own previous creations. This is quite understandable. It's pointless to deviate from things were used to achieve a fairly good success. And now, after 3 years after the last work there, meet Brooklyn's Finest. The film tells the stories of three very different policemen, exposing the problems of each of them, and then moving from the private narrative to a more mass perception.

2013
Crime & Thriller
If the environmental issues are close to your heart, then A Dark Truth is the right movie for you. There is no big budget, nor large studio behind the film, but if you think that A Dark Truth is all about tedious scenes of dying rare animals you are seriously wrong. The movie is full of action, awesome actor and actress and it's filmed Damian Lee, the man behind such of masterpieces as Sacrifice, King of Sorrow, One Eyed King and Agent Red. The assembly cast includes Kevin Durand (Resident Evil: Retribution, Cosmopolis, Real Steel, I Am Number Four) as Tor, Eva Longoria (Desperate Housewives, Frontera, Crazy Kind of Love Married and Cheating) as Mia Francis, Kim Coates (Robosapien: Rebooted, By Virtue Fall, Ferocious, Sons of Anarchy) as Bruce Swinton, Forest Whitaker (Out of the Furnace, Pawn, Vipaka, Powder Blue) as Francisco Francis, Andy Garcia (Middleton, What About Love, Open Road) as Jack Begosian , Deborah Kara Unger (Silent Hill: Revelation 3D, The Samaritan, 186 Dollars to Freedom) as Morgan Swinton and Steven Bauer (On Painted Wings, The Sleeper, The Lookalike, Awakened) as Tony Green. 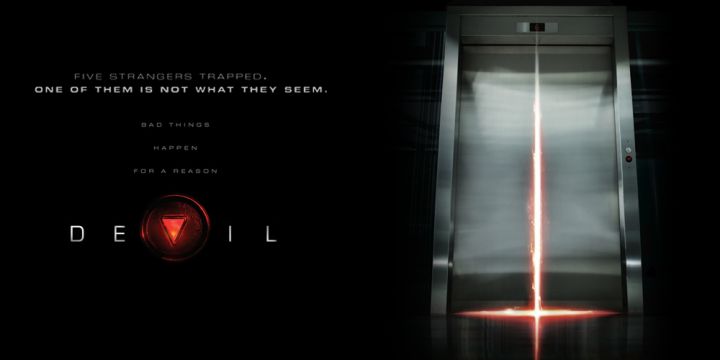 2010
Crime & Thriller
Devil is 2010 horror movie loosely based on the story of M. Night Shyamalan and the script created by Brian Nelson. It's assumed that the film will be the first in the "The Night Chronicles" franchise about the dark forces implemented in the modern city life. The film intro starts with the fact that the worker commits suicide by jumping from a skyscraper. The story is told by Ramirez (Jacob Vargas) a security guard of skyscraper, who mentions that his mother told him stories about the Devil, wandering through the land, whose appearance is always marked by suicide. In place of suicide comes Detective Bowden (Chris Messina), who is successfully struggles against alcohol addiction after the death of his wife and child in a car accident. Meanwhile the five strangers stuck in an elevator of the skyscraper, eventually realize that among them there is the devil himself… 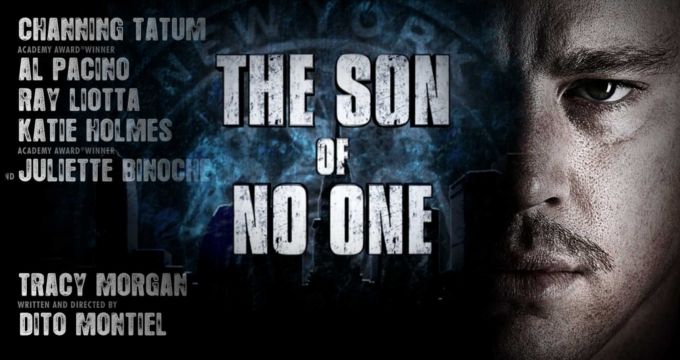 The Son of No One

2011
Crime & Thriller
grew up in nearby and is now happily assigned to that same precinct. White has a wife and a daughter who is ailing and he works especially hard to care for them, his job, and keep his life on the right track. A mystery comes up that is a threat to his peaceful life and it involves a murder which has long been unsolved. Two boys apparently committed a murder with possible cover up from the police. This set off a chain of events capable of rattling the entire neighborhood. he stellar cast includes Channing Tatum (Public Enemies, GI Joe: The Rise of Cobra) is officer Jonathan White, Detective Stanford is played by Al Pacino (Godfather Trilogy, You Don't Know Jack), Captain Marion Mathers is played by Ray Liotta (Unlawful Entry, Wild Hogs), Kerry White, wife of Jonathan White, is portrayed by Katie Holmes (Dawson's Creek, The Romantics), and Tracy Morgan (Death at a Funeral, Cop Out) is "Vinnie" Vincent Carter. Let's solve a murder and save a neighborhood! 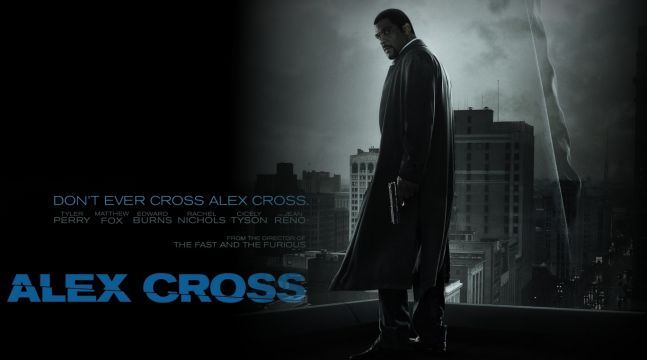 2012
Crime & Thriller
Alex Cross, which was previously named «I, Alex Cross» on early development stage, was renamed lately by the distributional company Summit Entertainment , due to the marketing reasons. The movie follows the steps of police detective Alex Cross as he chases a serial killer, who murdered Alex's pregnant wife. This cold-blooded murder was committed as revenge. Just before his wife was killed Alex takes the wind out of the serial killer's sails while he planned another contract killing. The assassination was failed and the murderer in a fit of rage commits a vengeance by killing Alex most loved one. After these the hitman hides and waits for Alex next move. His masterplane is to evade Cross and put him on the edge, between his lust for revenge and ethical principles. However, as Alex Cross gets close to the murderer, it becomes clear that the unbelievable evidences point on everything-changing revelation. Besides the twisted plot, the movie features quite a peculiar cast ensemble: Dr. Alex Cross is portrayed by Tyler Perry, you may recognize him as Madea, if you are quite insightful; while the main antagonist Michael "The Butcher" Sullivan/"Picasso" is played by Matthew Fox, who may be familiar to you by his roles in such movies as Vantage Point as Kent Taylor and We Are Marshall as Red Dawson.