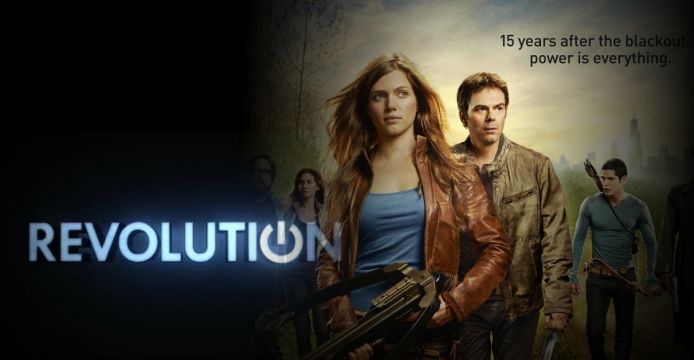 An ultimately glorious opening in 2012, Revolution, tells us a story about post-apocalyptic future where the blood and soul of our technically advanced world has totally dissappeared "“ the Electricity. Imagine, that in one disastrous moment some unknown phenomena will switch off all the electricity on the planet. Forever. Imagine the world without computers, batteries, machinery, lamps, automobiles, airplanes, ships and train. It's needless to say that would be the world without a bank system, a medical system, a policy and, as the result without the power at all. In Revolution, these tiny forces allowing the electrons to run inside the devices wires are all run out in one moment all over the Earth and nobody knows why and what to do in order to restore it. The Revolution action takes place after fifteen years since the "blackout" "“ the humanity is not even looks similar to what we now mean by this word. There are no United States of America, but there are lots of small republics, counties and anarchies "“ all ruled by cruel leaders. One of those leaders Sebastian "Bass" Monroe (played by David Lyons: Eat Pray Love, The Cape and Mobius) is on the hunt for a man who wears a strange amulet (it looks exactly as USB flash drive), Aaron Pittman, a former Google executive, who received this "amulet" from his friend, Ben Matheson. The "amulet" appears to be a real USB data storage, and when we learn that Ben passed it secretly to Aaron just in seconds before the "blackout" it becomes absolutely clear that the USB-drive is somehow connected with the reason of "blackout" and may be a key to restore the electricity in the world.

2021
Sci-Fi & Fantasy
Creators and critics refer to "Caprica TV show" as a spin-off from the classic "Battlestar Gallactica," but the allusion deceives devoted viewers of the old space drama, and it flies right over the heads of the new show's most enthusiastic viewers"”adolescent boys obsessed with all things technological. Strictly speaking, "Caprica" is a prequel to the final struggle for survival dramatized in "Battlestar Gallactica": The stories are set approximately sixty years before the Cylons began plotting to destroy humanity, and it focuses on a tech-crazy world drunk on its own runaway success. The stories dramatize dangerous, self-destructive tendencies in people so completely self-absorbed and so thoroughly addicted to their gadgets they become oblivious to the world that lives beyond their arms' reach, palpable instead of digitized. Characteristic of the best science fiction writers, "Caprica's" crew subtly allegorizes the serious ethical ramifications of post-modern advances in artificial intelligence and robotics. In the United States, the SyFy channel put "Caprica TV show" on hiatus late in 2010, holding back just a few new episodes for first broadcast sometime early in 2011. Despite the show's uncertain American future, the production team continued making new episodes for air in the United Kingdom and Canada.

2010
Sci-Fi & Fantasy
Doctor Who TV Show is a BBC science fiction program which is revolving around a man referred to as "˜the Doctor' who claims to travel to space in what appears to be a blue 1950s police cruiser. However "˜the Doctor' is an alien time traveler that does what no one else has...He goes into outer space to investigate problems and battle mysterious monsters to undo any wrong that has been done. Doctor Who TV Show is the longest running program in the history of the world, because the story keeps on going, even if it is being redone by someone else.

2021
Sci-Fi & Fantasy
Merlin is about a teenage magician who learns his trade from Magister Gaius. It is his discovery of his abilities that the show centers around and viewers find the idea intriguing to see how he learns how to concentrate his new powers for the sake of good. Plenty of humor along the way keeps this program from becoming a documentary and the likeable characters make for fun television. Special effects are in play to make Merlin's talents appear even more fascinating. Merlin becomes a squire to noble Arthur, the crown prince and has more opportunities to put his magic to work. King Uther Pendragon hates magic and has subsequently outlawed it from his kingdom, but his son Arthur is the one Merlin must worry about and keep his magical capabilities a secret or fear execution. An imprisoned dragon tells Merlin he has a destiny to fulfill and that means staying alive at any cost. Talented young Colin Morgan plays Merlin and Bradley James as Prince Arthur head up an extremely talented cast in the magical world of Camelot. 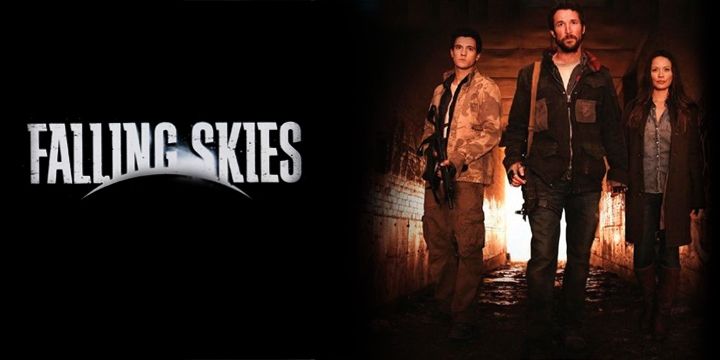