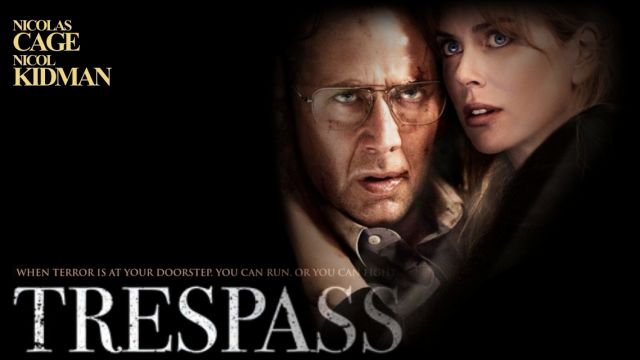 Dubbed a psychological thriller, the movie Trespass provides a look into the life of a diamond salesman who discovers he is the victim of extortionists who are after his diamonds. After a home invasion in which Kyle and Sarah Miller are held hostage in their beautiful home, there are lots of plot twists and turns that keep viewers guessing until the end. Kyle Miller (played by Nicholas Cage from Raising Arizona, Gone in 60 Seconds) is a flashy fast talking salesman who makes millions and spends it quickly while never paying his taxes or paying much attention to his beautiful wife, Sarah (played by Nicole Kidman from Eyes Wide Shut, Bewitched). Directed by Joel Schumacher (Batman movies, St. Elmo's Fire). s the planned robbery of the Miller's safe unravels we see that Kyle (Cage) is not about to part with his precious diamonds even if it means giving up his wife and even his daughter. With each participant playing "mind games" with each other, and no one willing to concede, the stand off escalates until the finale. The star of this film just may be the mansion these folks live in! 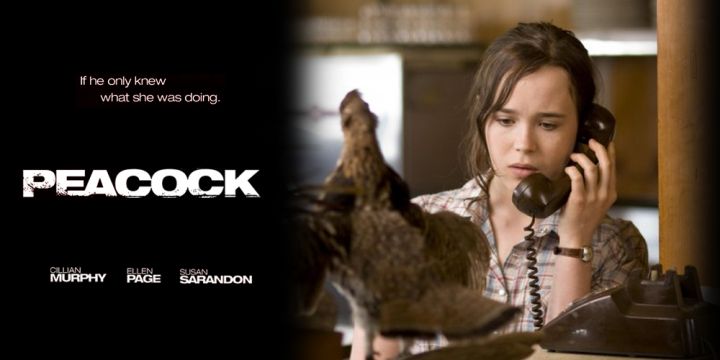 2010
Crime & Thriller
The Peacock film's main protagonist is John Skillpa, who lives in the small town of Peacock, Nebraska. After the death of his domineering and cruel mother, he begins to change into her clothes, and wear a wig. The image of women John live much easier, she - sociable and charming, and he - is closed in itself and does not see the meaning of life. So flows the everyday life of, until near his home is no railway accident: in his court enters a train off the rails. People who have run away to see if everything is OK, and finding it in a dress. His old girlfriend, Maggie reads about this case reads in the newspaper and comes to John, asking to help her with money. In the course of the film turns out that Maggie and John met three years ago, thanks to his mother, who saw the Maggie's need of money, and asked her to meet with his son, and paid for it. John finally gets tangled in his own life, and decides to fake his own death… 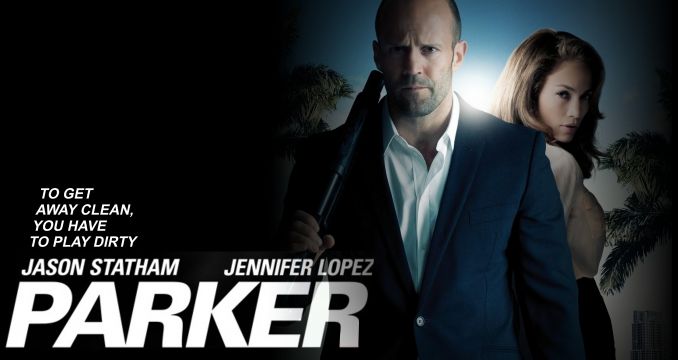 2013
Crime & Thriller
Jason Statham now impersonates Parker, a professional thief with Robin Hood habits. His credo: not to steal from poor people and not to hurt innocent ones. And as it often happens in real life, goodness is punishable, especially when you are a thief (even if the best one). Parker's abettors start playing unclean game against him, finally stealing his heist and leaving Parker for dead. But something was wrong with these guys. May be they did know nothing about Jason Statham and his obsession for sophisticated revenge? It was miserable fault on their part. Parker has resurrected as rich Texan accompanied by his "canceled" victim, Leslie, both eager to spread fear, destruction and devastation around. It is a time to rue for Parker's ex friends. If an astonishing play of Jason Statham isn't enough reason to watch the movie, here is a surprise to change your mind: gorgeous Jennifer Lopez plays Leslie, and this couple Statham plus Lopez may be the only thing making the film worth to watch despite the Transporter-like plot. 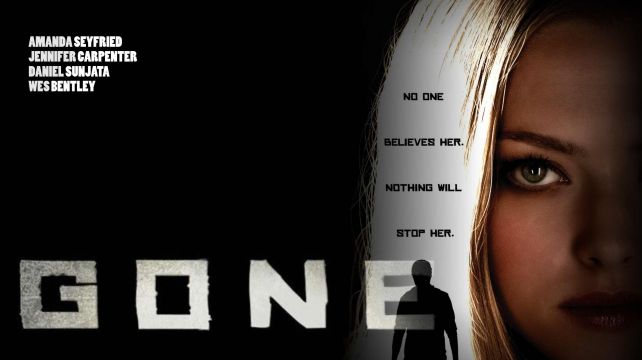 2012
Crime & Thriller
Jill Parish believes the person who kidnapped her sister two years ago is back again. Amanda Seyfried (Red Riding Hood, Mamma Mia!) is Jill who upon returning from her job on the night shift, discovers the bed her sister was sleeping in is now empty. She fears the same person or persons who kidnapped her two years back has returned. Even the police don't believe her story and think she has mental problems. So it is up to Jill to fight off the kidnappers and find her sister, all the while she must fight with her nightmares of what happened in the past.acing horrific events from the past is brave yet foolish when there is no help to be found! Jill is determined to save her sister and also clear her mind of the past fears she's lived with these past two years. Also starring Jennifer Carpenter (The Exorcism of Emily Rose, Quarantine), Daniel Sunjata (Grey's Anatomy, Rescue Me), Wes Bentley (Dolan's Cadillac, Ghost Rider), and Michael Paré (The Lincoln Lawyer, Eddie & the Cruisers). 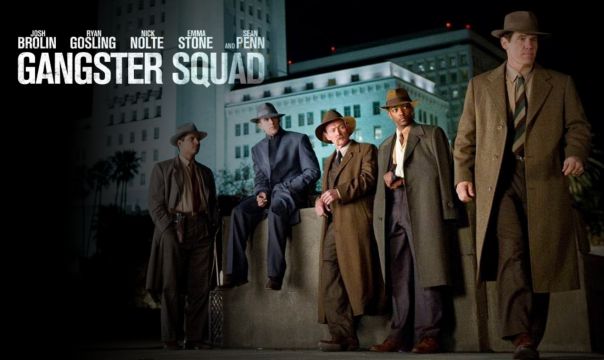 2013
Crime & Thriller
Congratulations to all of those who liked Public Enemy with Johnny Depp, now they have more hard-boiled action thriller, Gangster Squad, unfortunately without Johnny. However the absence of Depp is easily compensated by a magnificent assembly of the cast, flawlessly selected by Ruben Fleischer who previously directed Zombieland and working on Zombieland 2 at the day of The Gangster Squad release. Returning to the abovementioned cast, the set of starring actors is really staggering: Ryan Gosling is portraying the main protagonist Sgt. Jerry Wooters who is serving in small (but very secret) LAPD squad chasing the major villain, Mickey Cohen, a mob ringleader. Cohen rules everything to the west from Chicago: prostitution, drug dealing, contract murders and bribes to politicians and officials. He controls everything and everyone. Sean Penn has professionally played the role of this uber-gangtser. Not worse managed with their roles gorgeous Emma Stone (as Grace Faraday) and Josh Brolin (as John O'Mara). The rest array of celebs involved in the film includes: Giovanni Ribisi (Ted, Contraband), Mireille Enos (The Killing, World War Z), Michael PeГ±a (Chavez, End of Watch), Nick Nolte (Luck, Warrior), Anthony Mackie (Vipaka, Real Steel) and Robert Patrick (Mafia, Safe House).

2011
Crime & Thriller
The Lincoln Lawyer (2011) is an film adaptation of Michael Connelly's novel written and published in 2005. The Lincoln Lawyer movie's plot is loosely based and showcases the life and job of criminal defense attorney Mickey Haller conducting his business from the backseat of the Lincoln Town Car driven by his formerly client who works off his legal fees as a Mickey Haller's driver. The movie centers on an unusual case of Louis Roulet, a Los Angeles real estate agent and a son of major businessman, who seems to be mistakenly accused in rape and attempt to murder his female "victim". Among the Mickey's cases of drug dealers, narco-barons and other wide-range "innocent" criminals, the Louis Roulet's defense seems to be an easy job of justification of innocent man. But this case starts an unpredictable chain of events immersing Haller in the deadly game with the one question arise: how to survive?"As it was said by Michael Connelly, who has written "The Lincoln Lawyer" novel: "A couple days ago I saw an unfinished cut of it and could not be happier…. Those who loved the book will love the movie, I think. Those who don't know the book will love it just the same." So, there is the case and the question for us to decide: can we trust Michael Connelly?" 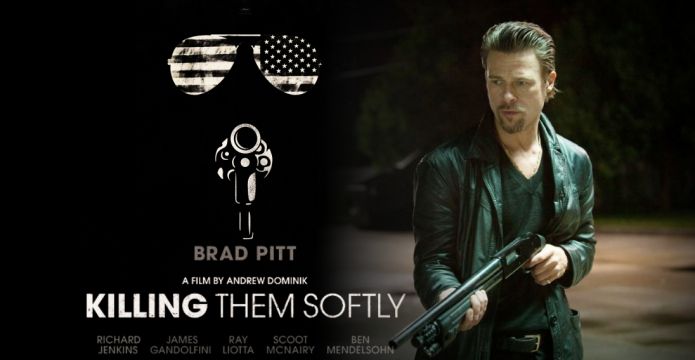 2012
Crime & Thriller
Brad Pitt plays Jackie Cogan in Andrew Dominik's crime thriller Killing Them Softly, a mobster whose task is to investigate an impudent murder which happened during the illegal poker game organized by mafia bosses. To have a holistic perception of the movie atmosphere just mix-up in your imagination The Sopranos, GoodFellas, Pulp Fiction and put them in a Bush/Obama post-crisis America of last half of 2008; ladle it with some thick layer of political dressing made of pragmatic thoughts and infallible Jackie Cogan's phrases about what happens with people when recession comes and who is responsible for all of this mess. Killing Them Softly is loosely based on George V. Higgins novel Cogan's Trade which he wrote in the period of time 1972 – 1974, when he worked as lawyer, specializing in crime processes involving mafia complicity. This fact leads us to believe that he knows a lot about the shady inside world of gangster's "paradise" which served as a perfectly sharpened background for Andrew Dominik's movie. Filmed for that point in post-Katrina New Orleans Killing Them Softly immerses us in the abyss of despair and hopelessness which enveloped everyone's minds and souls of in America, regardless of occupation – even for thorough-paced gangster – it's time to think about what's wrong with this world. The movie was nominated for the Palme d'Or at 65th Cannes Film Festival in 2012.