Georgia Chamberlain knows she can act. In fact she is the most confident person around and considered to be one of those "larger than life" kinda people. Georgia Chamberlain is ably played by Raven-Symone (That's so Raven, Sunny With a Chance) who was actually born in Georgia. She has moved to New York to pursue her dreams which include becoming an actress. Her best friend Jo Pye is played by Majandra Delfino (Men of a Certain Age, Life As We Know It), who is more the science "geek" type. The two women are trying to make it in the "big city" and we've seen that story idea before but this time around the women seem tougher and even more determined to make it! Georgia's Aunt Honey (Loretta Devine from Grey's Anatomy, For Colored Girls) is somewhat of a nymphomaniac and loves to brag about her exploits to the young women and also doles out advice while listening to their problems. This is actually light hearted fun television in a family format. 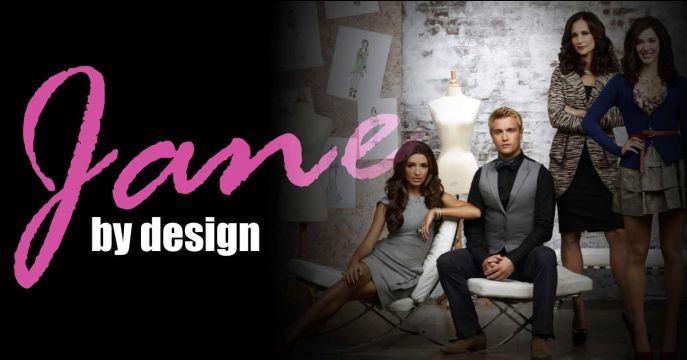 2021
Comedy & Humor
Jane by Design keeps busy balancing fashion job and school. But Jane is just a teenager! Jane Quimby (Erica Dasher from The Lake, Vicariously) is a high school student yet managed to accidently get herself a job with responsibilities as an assistant to a fashion designer, Gray Chandler Murray (Andie MacDowell of At Risk, The Front). Now it's up to Jane to keep up at school and hold down her job. Her parents are gone and her big brother, Ben can't seem to keep a job for long so Jane tries her best to help out with the finances. Ben Quimby (David Clayton Rogers from Sublime, Dark Ride) finally lands a job as athletic assistant in Jane's school. He is Jane's guardian since their father died and mother left. Jane also has a longtime crush on Nick Fadden but her main goal is keep her grades up and maintain her busy job. That's a lot of responsibility on a young girls shoulders! Original show title was What Would Jane Do. 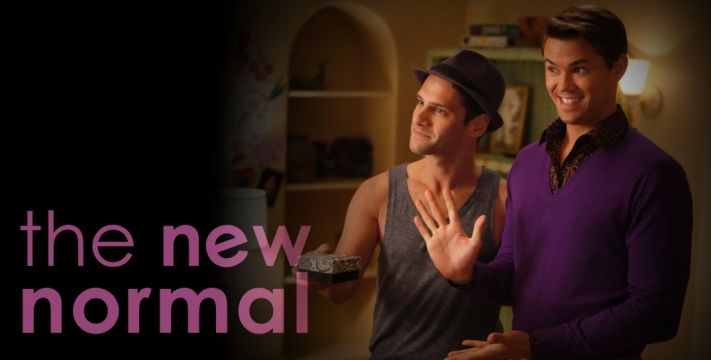 2011
Comedy & Humor
Sometimes sarcastic, sometimes touching, but every time funny, The New Normal is a Ryan Murphy's and Ali Adler's TV series filmed originally for NBC. The TV show revolves around successful gay couple, David Murray and Bryan Collins (played by Justin Bartha and Andrew Rannells).Their life is good, their careers are rocketing and everything is running smoothly in their relationship, besides the one thing they wish insanely, a baby. On this ground they meet Goldie Clemmons (Georgia King), a young single woman who agrees to become a surrogate mother for their planned child. Notwithstanding there is one obstacle on the way to make David's and Bryan's dream come true "“ the Goldie's conservative grandmother Jane Forrest (Ellen Barkin), and be sure she will do everything to prevent two fathers-to-be happiness. Meanwhile Goldie, David and Bryan discuss if two "fathers" wishes to be present at Goldie's insemination. The Bryan responds with categorical NO, just because female genitals look for him ""¦as Tarantula's face". Later we learn that all he wishes the baby should be "blonde, skinny, and doesn't cry" so may by Goldie's grandmother was right? 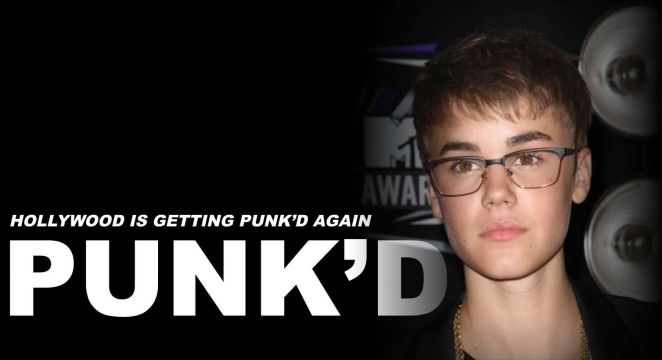 2012
Comedy & Humor
In 2012, Punk'd returns on the screens after eight brilliant seasons, shot and released in 2003-2007 time frame. And if many years ago, these 8 seasons make not particularly well-known Ashton Kutcher a Hollywood star, the new season starts with ready-made pop star Justin Bieber. Those who watched Punk'd in 2003 had witnessed the TV show made a star, and in 2012 we will see the star who makes the show. Whatever it was, Punk'd has never lacked any "starness": every season consisted of three pranks on three different celebrities. It is easy to calculate the total of eight seasons with 8 episodes on each return 192 celebrities who have become "victims" of Ashton Kutcher jokes. Good pool for the gaining the right connections in the world of show business, indeed, excepting the cases where the lack of a sense of humor of some stars endangered the health and lives of the show's host and its leading actors. In 2012, Justin Bieber opens score of punk'd celebrities, which means that the new version of the MTV series is beginning to attract the attention of almost billionth army of his fans from very first episode.

2021
Comedy & Humor
A roast is defined as a public means of giving out insults, tributes, or even telling outlandish stories (be they true or outright lies) while keeping it fun and entertaining for all. There is a roast-master and the "roastee" is often a celebrity of some sort, and participants include friends, co-workers, fans, and family, many of whom also participate in putting the "roastee" on the hot seat. Among the "roastees" are Pamela Anderson, Denis Leary, William Shatner, David Hasselhoff, Donald Trump, Joan Rivers, and Charlie Sheen. Each of the participants have to have a thick skin and a broad sense of humor because some of the comments bestowed on them can be rather colorful and even downright mean spirited, yet all meant to be in fun. The 90 minute programs may have certain requests that some topics be left out of the final airing including William Shatner's request that the fact his late wife drown in their pool as well as Pamela Anderson asking that her bout with Hepatitis C be kept from the show. Charlie Sheen also requested jokes referencing his mother not be aired. Others have made no such requests, leaving themselves wide open for a happy roasting!

The Hard Times of RJ Berger

2021
Comedy & Humor
Take a bit of dramatic comedy from TV show The Wonder Years from the late 80's then add in some Superbad from the 2007 movie and you may begin to see what The Hard Times of RJ Berger is about. Nearly everybody had a rough time in their high school years. Between puberty and peer pressure to excel in everything but scholarly efforts, we had to compete for every little bit of attention but Berger, who is an unpopular high school sophomore attending a fictional Ohio school called Pinkerton High School has a rather unusual problem. He has an enormous penis! Paul Stanley Iacono (Fame, Return to Sleepaway Camp) is RJ Berger, whose two best friends are Miles Jenner (Jareb Dauplaise from Transformers: Revenge of the Fallen) and Lily Marin (Kara Taitz of The Suite Life of Zack) each befriend him for different reasons. Miles feels competitive ambition and needs to one-up Berger at every turn and Lily has lusted after RJ for years now. RJ Berger is in love with Jenny (Amber Lancaster from Entourage and Community), school cheer leader. She however only has eyes for the school jock, Max Owens. The typical high school romantic comedy.

2021
Comedy & Humor
According to the series' creator Marc Cherry, "Desperate Housewives TV show" recreates the suburban malaise of the hit movie American Beuaty, substituting irony for melancholy. Cherry reportedly conceived the show after watching news reports about Andrea Yates. When he first pitched the show, Cherry called it a "parody" of soap operas; when ABC picked-up the show, executives told Cherry to focus on the soap opera and the parody would take care of itself. They were right. Up and down Wisteria Lane, four women wage love and sustain family life, cleverly concealing all kinds of insidious plots, illicit affairs, and the occasional felony. Teri Hatcher, Felicity Huffman, Marcia Cross, and Eva Longoria Parker have imprinted their styles on their characters, collecting armloads of Emmys, Golden Globe Awards, and Screen Actors' Guild Awards along the way. In April, 2007, ratings experts reported "Desperate Housewives" was the most popular tv show in its global demographic, boasting more 120 million worldwide viewers. Behind the scenes, a little bit of the show's history reveals how Disney executives can overdose on their own sugary snacks. Shortly after programmers Lloyd Braun and Susan Lyne gave the go-ahead for "Desperate Housewives," the suits fired them, because they simultaneously had approved an extremely "risky" TV show called "Lost."