Another successful crossover from British television to North American is found in Being Human. The premise of the show involves showing how different yet similar we all are and how a vampire and a werewolf can live with a ghost and all get along. Any time a combination like this one comes to the TV you can imagine how scary dark and brooding it may be but there is a lot of humor in this show as well, making it well worth watching. Aidan (Sam Witwer) is a vampire who works as a nurse in a hospital in Boston. He began his career as a prince of darkness during the Revolutionary War back in the 1860's and with a job in a hospital they might want to watch out for the blood supplies. Josh (played by Sam Huntington) happens to be a werewolf working in the same hospital as an orderly as his day job. Sally (Meaghan Rath) became a ghost after her unfortunate death and now haunts the house she had planned to live in when she got married. Now Aidan and Josh rent the house and find it to be haunted by Sally. 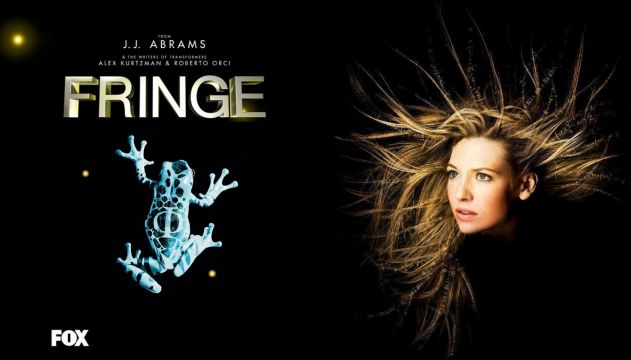 2011
Sci-Fi & Fantasy
From the same folks who brought you "Lost," "Fringe TV show" looks and feels a lot like "The X-Files" with way better lab equipment, except when it looks and feels a whole lot like "Altered States" as it goes to the furthest frontiers of human consciousness and imagination, except when its realism makes the show look and feel every bit as creepy as "The Twilight Zone." Not surprisingly, "Fringe" is a major science fantasy hit. The stories show a team of FBI agents who use "fringe" technology to demystify a terrifying series of events that suggest the mysterious workings of a parallel universe. Stories focus on Special Agent Olivia Dunham, whose boyfriend suffered hideous wounds from an unidentifiable chemical compound. Agent Dunham joins forces with mad scientist Dr Walter Bishop and his estranged son, racing against the clock to save Olivia's lover and humankind. The New York Times aptly describes "Fringe" as a "sensational, "artful, suspenseful mix of horror, science fiction, layered conspiracies and extended car chases".

2021
Sci-Fi & Fantasy
Even though the television series Haven does not exactly read like a Stephen King novel, it is loosely based on one of his recent works called the Colorado Kid. Filmed in Nova Scotia Canada, Haven is well written with a science fiction based plot. An FBI agent, Audrey Parker portrayed by Emily Rose (Brothers & Sisters, Jericho) arrives in the sea side town of Haven, Maine working what begins as a routine case but soon develops into something more supernatural. Seems people disappear for unknown reasons. Additionally she finds her long dead mother, whom she never met, may be involved. Also starring Lucas Bryant (Dollhouse, Queer as Folk) as local cop, Nathan Wuornos, who teams up with Parker to solve some of the strange goings on in Haven. He's got problems of his own with what he calls his "idiopathic Neuropathy" which is a condition that keeps him from literally feeling anything. Eric Balfour (Hawaii, The O.C.) plays Duke Crocker, a local who seems a jack of all trades and has plenty to hide. Chief of Police in Haven is Garland Wuornos (played by Nicholas Campbell (from Diamond's, The Hitchhiker) is Nathan's father and tries to convince Audrey Parker to stay on in Haven and solve the supernatural "troubles" the residents encounter.