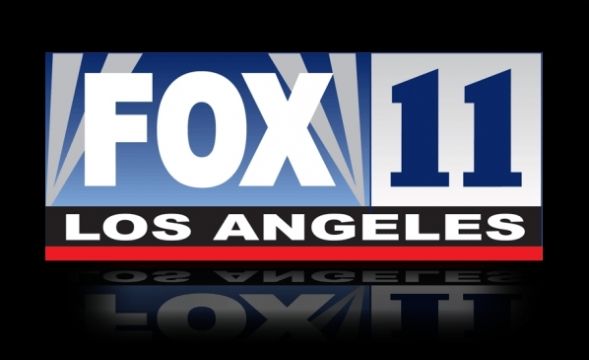 Fox 11 News (also referred as KTTV, or Fox 11 LA, or Fox 11 Los Angeles) is News Corporation-owned television station serving Los Angeles metropolitan area. Founded in 1949 KTTV was developing as news dedicated TV channel finally purchased by Rupert Murdoch's News Corporation and formed the basis for the new Fox television network in 1986. Fox 11 airs mostly local news during the week and one hour of then on weekends. The weekday broadcast of Fox 11News starts with Fox 11 Morning News Early Edition anchored by Jean Martirez. It is replaced by Fox 11 Morning News in 5 AM and another Fox 11 anchor Tony McEwing joins Jean Martirez to host it. Then, in 7 AM it is time for Good Day L.A, a high-ranked television talk show hosted by Jillian Reynolds (a former Canadian actress observing weather situation) , Steve Edwards (an icon of Los Angeles television, main GDLA anchor) and Dorothy Lucey (handling the entertainment reports). The Good Day LA followed by Fox 11 News at 10 am with Tony McEwing and Jean Martirez. The program lasts till 10:30 am and replaced by Fox 11 News at Noon and then Fox 11 Ten O'Clock News giving the full coverage of day news: business, entertainment, government, world, political, social and cultural. 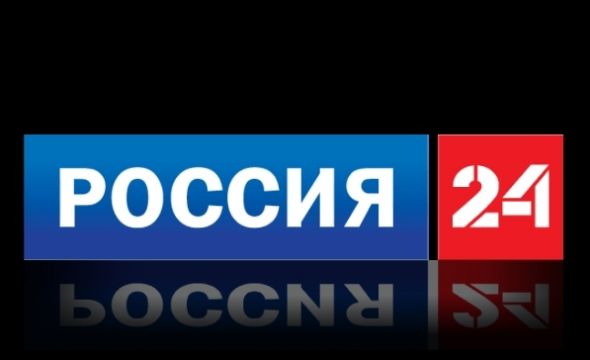 Russian
News & Politics
Russia 24 (former VESTI television channel) - Russia's information channel. Russia 24's main objective is to provide viewers the latest information from all regions of the country. Russia 24 airs world's major news, as well as news of the economy, sports, culture, high technology, special reports, investigative, live broadcasts of public, political and other events.Russia 24 programs are: "The News" - the main news program airing every half hour; "News. Economy - an overview of the major economic events of the day broadcasting twice an hour; "News. Culture "- an overview of cultural events; "News. Regions "- an overview of main national achievements in the Russian Federation regions; "News. Sports"- a review of a day sports events; "News. Weather" - a weather forecast for the major cities of Russia. "News. Net an overview of events taking place in the Internet environment. "News suburbs" - a weekly program featuring the Moscow events. "News of the Commonwealth" - news program featuring major events of the former USSR countries; "No comment" - the video chronicles of some of the unusual events of the day; "Cinema Industry" - Ivan Kudryavtsev's program about top events of film industry; "Space" presents reports of the space flights preparations for and the most important achievements in the field of astronautics; "My Planet" presented by RTR block of environmental documentaries; "Parliamentary Hour" - an overview of major events in the life of the State Duma of Russian Federation; "Pulse" - an overview of important developments in the field of medicine; "Replica" - journalistic column in which Maxim Sokolov and Alexander Privalov talk about the important events of the day; "Russian Technologies" - a program about the latest developments in the Russian defense industry and mechanical engineering; "The events of the week" - an overview of the most memorable events of the outgoing week; "Insurance times" - a weekly program about an insurance; "The Church and the world" - the current events of social and church life, hosted by Archbishop Hilarion, the chairman of the Department for External Church Relations of Moscow Patriarchate. 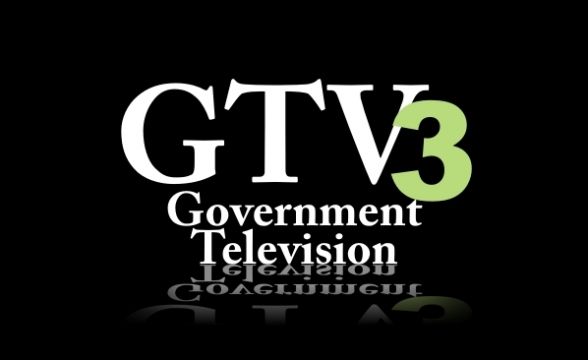 English
News & Politics
GTV3 is the Lexington city government TV channel dedicated to cover live major city news and events like began Council meetings and various commissions' meetings. Started in 1980 as a cable channel 3 it has developed in full-powered TV channel with comprehensive programming about the Lexington city live including: Crosstown Traffic, Lexington Now, A Green Bluegrass, Only Downtown, Safe & Secure, Many Neighborhoods, One Lexington, Council Reports, Heart of Gold, A Green Bluegrass, Safe & Secure, Many Neighborhoods, Lexington After Dark, Council Committee Meetings, Board of Adjustment, Board of Architectural Review. 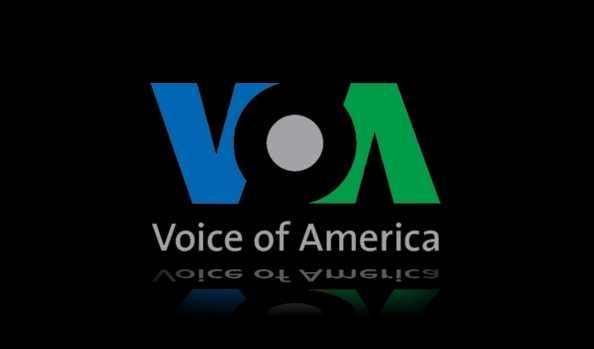 Arabic
News & Politics
Variety is the word at VOA Pash Ashna TV as you get a good selection of news, comedy, and many movies as well as famous reality programs all of which can be streamed via computer or simply watched as they are aired. Listen to your favorite radio programs 24x7 as well as view VOA Pash Ashna TV from anywhere in the world. Fine quality national geographic channels as well as wildlife and online tutorials are all accessible with the live streaming capability of VOA Pash Ashna TV. The website contains access to hundreds of excellent programs as well as huge collections of entertainment programming, all of which is fully accessible anywhere and at anytime. Many programs are now sent in HD quality as well. For the very latest and most informative news from around the world you cannot find a better source than VOA Pash Ashna TV so tune in and be informed any time of the day or night. 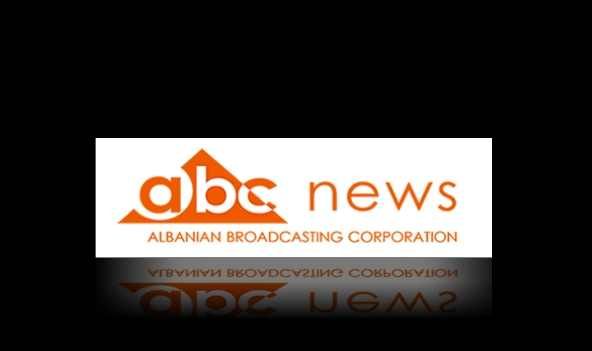 Albanian
News & Politics
Around Albania as well as around the globe ABC (Albanian Broadcasting Corporation) Albania Television provides news, news, and more news! You can find up to the minute coverage of nearly any hot news topic available by streaming live directly onto your computer or an internet capable television set. News is always a desirable commodity and people around the world desire to keep up with what is happening every day and at all times of the day or night. Not to be confused by ABC or the American Broadcasting Corporation, the Albanian station provides complete and up to the minute news and information for the area in and around Albania. ABC News is purely considered to be a news only channel that was formerly known as Telenorba Shqiptare. There they update their live streaming news constantly and have become the favorite station of news junkies as well as Albanian institutions throughout the area. A large majority of those who live in and near Albania tune in to ABC News to find out what is happening, both locally and globally, each and every day. 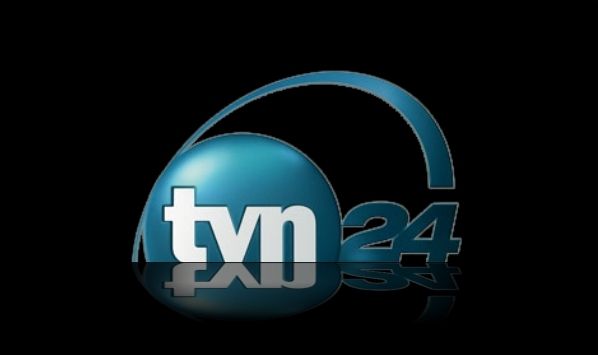 Polish
News & Politics
Launched back on the ninth of August in 2001 TVN 42 has been the premiere news channel that broadcasts twenty four hours every day. As part of the TVN Network it has gained widespread popularity, particularly after the USA was attacked September 11, 2001 as the newly formed channel gave thorough coverage of the tragic events happening on that day on a 24 hour basis. With wide coverage in all digital network platforms, TVN24 can be found nearly world wide through live streaming and on the Dish Network in Germany and the USA. TVN Meteo, a weather oriented channel is also part of the TVN Network as is Fakty TVN newscasts. The fact that TVN24 is in operation all day every day allows them to have coverage whenever major events happen. When the tragic airplane crash killing Polish President Lech Kaczynski and his wife, along with everyone else on board a Polish Air Force aircraft (a Tupolev Tu-154M), in April 2010 TVN 24 was able to provide ample coverage of the disaster. And the death of Pope Paul II had widespread coverage between TVN and TVN24 and their wide broadcast range. 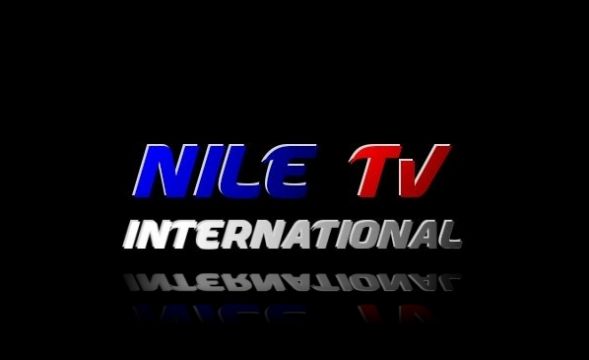 English
News & Politics
Nile TV International is an Egyptian TV channel owned and funded by Government of Egypt. It's operated by the Egyptian Radio and Television Union (ERTU) and serves as the part of Nile TV network dedicated to broadcast in foreign languages: primarily in English, French, and significantly lesser in Hebrew. Except the broadcasting on major part of Middle East via four satellites, Nile TV is also available across the globe as Nile TV Live, a web version of the channel. The mission of the Nile TV International is to represent cultural, economic, social and political events, achievements and issues of Arab world to the non-Arabic audience. The channel is also dedicated to promote tourism industry of Egypt on Middle East market and present the image of modern Egypt to the target audience. The channel programming policy is also concerning about women's rights, democratic and corruption issues of Egyptian society. Nile TV International is also focused on discussions and analysis of the latest political events with the high-profiled guests in programs like: Open to Question and Egypt Today. Other programming of Nile TV International is represented by such the programs as Panorama News, Business World, Front Line, Arab Affairs, Nile Cruise and Cairo Watch.