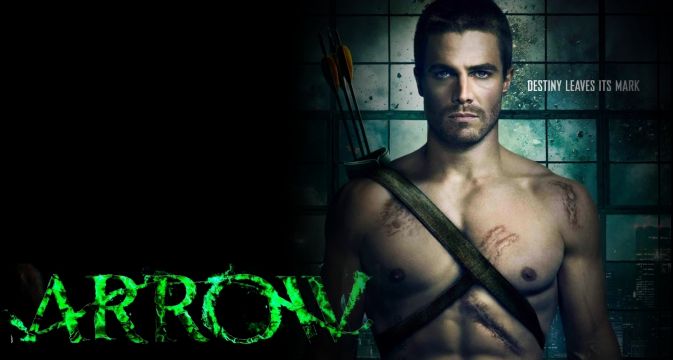 If you can't wait any more for next Hollywood superhero blockbuster, Arrow will deliver what you crave for in the format of action-packed television series. The TV show depicts day and night life of fictional character who is billionaire playboy Oliver Queen (Stephen Amell) at day and redoubtable vigilante "Green Arrow" at night. His story begins five years ago when irresponsible and careless masher, Oliver shipwrecks at inhabited island in the middle of Pacific Ocean. Considered to be dead he was faced lonesome life in dangerous environment for almost five years. The modern day Robinson Crusoe has to develop special abilities to survive the ordeal, the masterly wielding a bow was one of them. As he returns home, Oliver decides to hide his new skills from the entourage, and use them to fight all sorts of villains: corrupted officials, mob leaders, and common bandits. When night comes he puts on his dark green cloak over the perfect body (say hello to "single females" audience), takes his bow and arrows and goes on the streets of Starling City to restore the piece and order. But there is one thing more about Arrow: as Oliver Queen he ultimately wishes to return his ex-girlfriend Dinah Laurel Lance (played by Katie Cassidy: Emma Perkins from Monte Carlo)

2021
Action & Adventure
Playing "Trivial Pursuit," you will want to remember "Knight Rider" ran on NBC from 1982 through 1986. Reminscing, you may recall long, long ago, in a mostly forgotten era when David Hasselhoff was something more and greater than a punchline, he and a tricked-out Trans-Am had a Friday night crime fighting show. That, too, may be a punchline, but millions of people found the premise plausible, the man and his vehicle just hot enough that they tuned-in to watch hunk and hunk-of-metal defeat nefarious characters of all descriptions. Now that cars do regularly converse with and direct people, the articulate and cultured Trans-Am may not seem so far-fetched after all. Hitmaker Glen Larson produced "Knight Rider," working from a relatively simple backstory: Billionaire Wilton Knight rescues and rehabilitates police detective Michael Long after a near-fatal injury. Equipping the veteran crime fighter with a new face and identity, Knight makes newly re-Christened Michael Knight the first of his agents in the "public justice" initiative he sponsors. The gig come with Knight Industries newest product"”the artificially intelligent Pontiac. And the adventures along the law's margins begin. 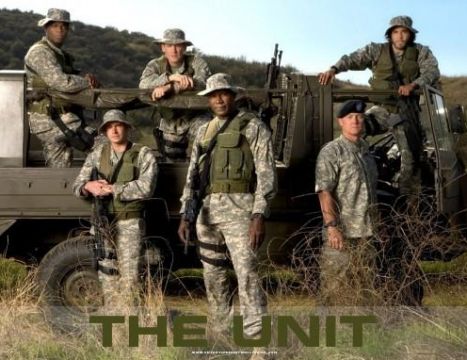 2010
Action & Adventure
The Unit TV Show features a Special Forces team that is responsible for top secret missions all over the world that put their lives at risk every day. Along with that, they must keep their professions and whereabouts a secret, so their wives play a key role in that. The Unit consists of seven men that are all honourable and very qualified for their jobs. Over time the men form a brotherhood that is put to the test when one is lost, but in the end it just makes that bond stronger. Meanwhile the women form their own circle of support for one another as they all try to deal with what their husbands do and the risk that comes along with it. The Unit TV Show is not just action packed; there is drama around every corner. 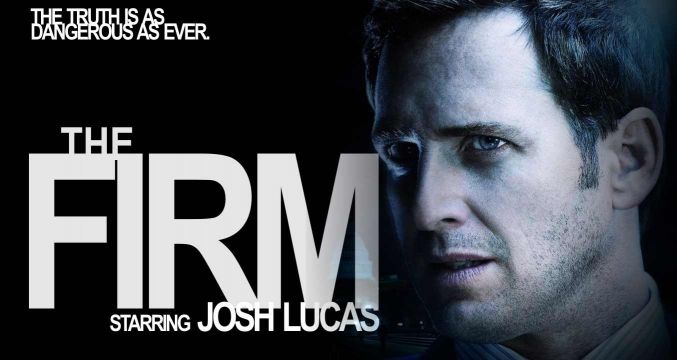 2021
Action & Adventure
John Grisham knows law and lawyers well because he is one himself. When he writes it usually centers around attorneys and courtrooms. The Firm was a hit movie starring Tom Cruise back in 1993 and was based on Grisham's second novel which became a best seller of the same title in 1991. When a young straight arrow Memphis attorney is hired by an organized crime related enterprise he has no idea what he's getting into until the Chicago mob ties become all too apparent. He then becomes a "whistleblower" for the FBI and helps bring down the Memphis law firm Chicago based mob ties. As the TV series begins Mitchell Y. McDeere (Josh Lucas from A Beautiful Mind, Glory Road) and his family emerge from the witness protection program only to encounter challenges, both new and old, that still threaten him and his family. Also starring in The Firm are Molly Parker (Dexter, Shattered) as Abby McDeere wife of Mitch, Callum Keith Rennie (Rookie Blue, The Killing) as Ray McDeere, Natasha Calis (Gone, Alice) as Claire McDeere, and Juliette Lewis from Natural Born Killers, From Dusk till Dawn as Tammy. Perhaps they should have remained in the security of Witness Protection. 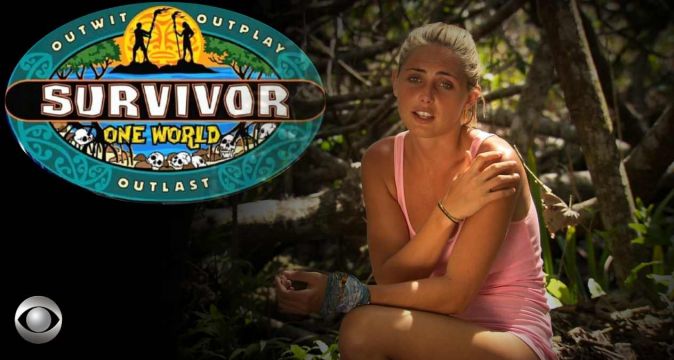 2021
Action & Adventure
Typical of the hugely popular TV series Survivor, we see men pitted against the women to see who can perform tasks better. But with Survivor: One World there is a new twist according to Jeff Probst, the shows host. While the competition will be men against women they will be allowed to cohabitate for the very first time. In other words, they can play together until the games begin, then it's every man "“ and women for themselves! Should prove to be interesting. The contestants can build a single camp, two camps, or not even have a designated camp, it's up to them to decide. And there will be even more reward challenges than before plus no Redemption Island. Some "Do it yourself challenges" as well as no judges and no Probst to interfere, they just need to figure things out for themselves. A new host steps up and proves to be equally as annoying as Jeff Probst ever was! Part of the challenges involves what to do with some of the props. Fun time in the jungle once again!

2011
Action & Adventure
Bear Grylls is host and also the one who gets unceremoniously dropped off into various situations each week and has to survive by using his wits and bare hands for the most part. He will actually do a "fly over" and check out the terrain he will be faces with and a crew spends about a week checking over the situation to determine what he has to expect. As with any "reality" program there is at least one each camera person and sound engineer or we (the viewing audience) would see and hear nothing. The situations may include attacks by alligators or falling into quick sand. He may parachute from a helicopter, run through forest fires, drink fecal liquids, even eat deer drippings, whatever it takes to simply survive! Bear may even need to construct a raft to ford rivers and must know the basics of survival without a restaurant nearby. Special guest stars pop in occasionally, including Will Ferrell (Blades of Glory, Land of the Lost) and Jake Gyllendhaal (Brothers, Love and Other Drugs). 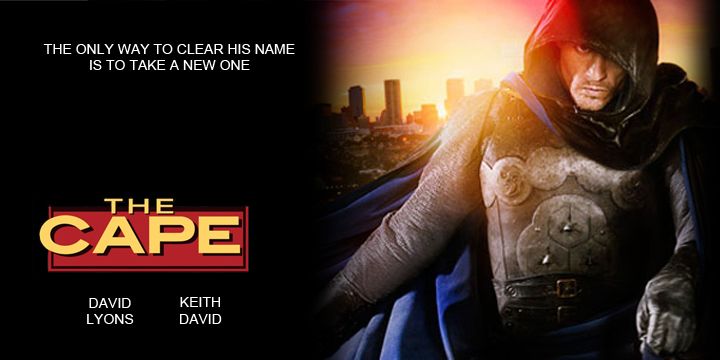 2021
Action & Adventure
When you appear on "Jeopardy," choosing "Epic Fail" as your category, expect the big money question to read, "What is "˜The Cape'?" Score hundreds of dollars on your tote board. "The Cape" enjoyed a very brief and frighteningly unspectacular run on NBC, a 2010-2011 mid-season replacement for some equally forgettable je ne sais qua. The show didn't even struggle across the finish line; the season finale aired only on the NBC website. So surprising in light of "The Cape's" genius premise"”framed for murder, a police officer goes undercover as a masked hero, striving to restore his good name and win the privilege of once again seeing his estranged son. What son would not be thrilled to see his father in action as a masked-man; tights optional? Developed for the 9p.m. time-slot, very deliberately family-friendly, "The Cape's" few fiercely loyal viewers characterized it as "good clean fun," scathing NBC and alleging the programming execs had axed Superhero and Son because it was not sleazy and salacious enough. More tights? A handsome codpiece? A representative Yahoo review suggested, "The cape needs time to develop a fan base"¦. How can you develop characters in a short time? I think that NBC should cancel their people who make the decisions."